Jarjis Danho made his spectacular return to the UFC after a five-year-long hiatus against Yorgan De Castro in the preliminary card at UFC Vegas 23. The Syrian fighter became the first fighter as he knocked out De Castro in the very first round to announce his return. Needless to say, he will be going home with the Performance of the Night bonus award. Here’s what Danho said in the post-fight interview.

Wow! De Castro got put to sleep in the first! #UFCVegas23 #UFConABC2 pic.twitter.com/GVxbbPe1Z6

Danho was going into the fight after five long years. A series of injuries would keep Danho away from active competition. It even came to the point that Danho was set to announce his retirement. However, something kept him from giving up training, and now he is back and it couldn’t have been better. 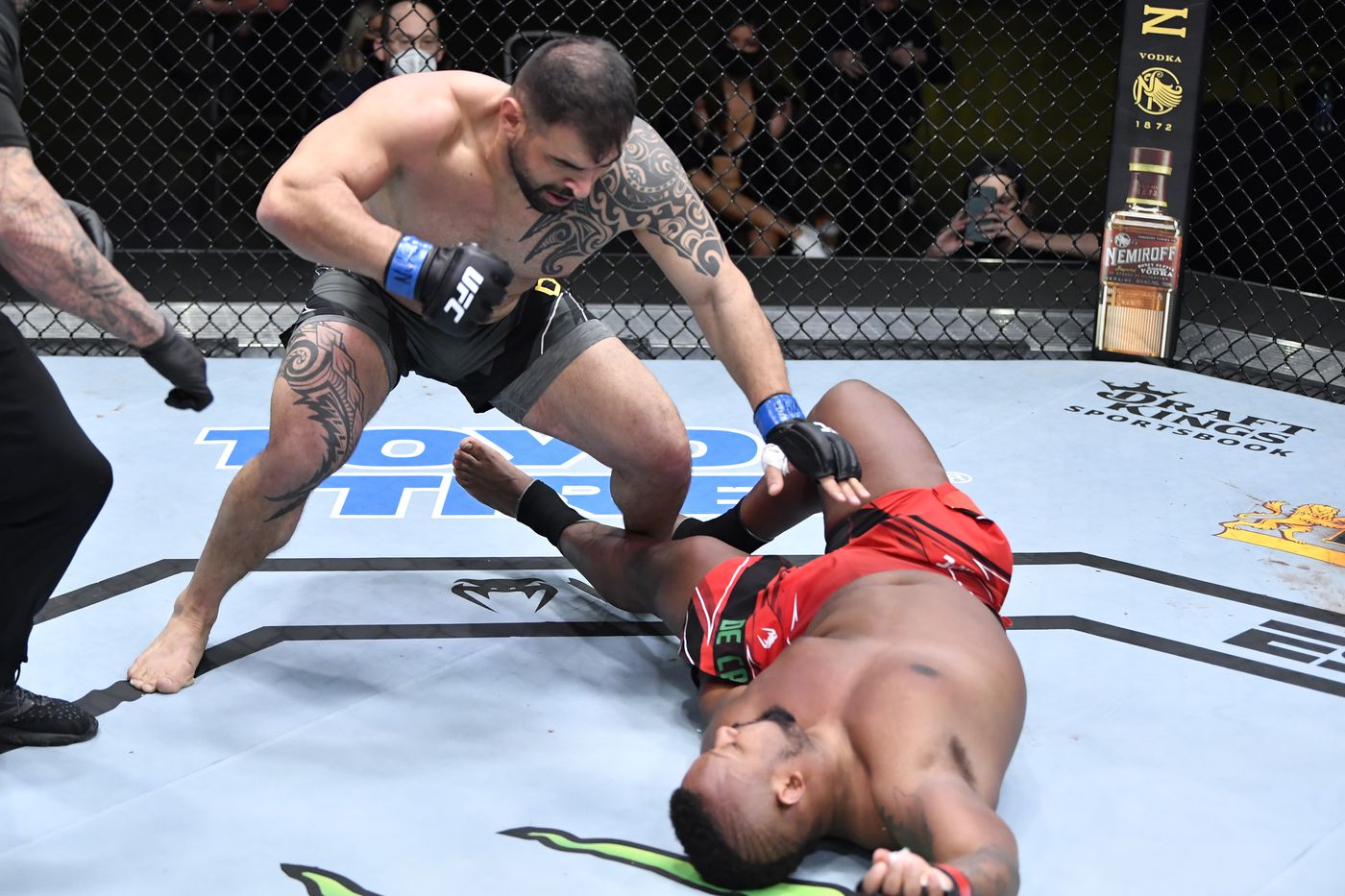 Even though Yorgan De Castro was coming off two back-to-back losses, the Portuguese fighter is considered to be a real threat in the heavyweight division. In a weight class where one punch is all it takes sometimes, De Castro poses a weapon like no other. However, it was Jarjis Danho who gave De Castro a taste of his own medicine as he secured a vicious KO win over the heavyweight contender.

They say it just takes a punch in the heavyweight division, and it was on display tonight as a short right hook on the temple dropped De Castro on the canvas.

With the loss, De Castro has now lost in his last three appearances inside the UFC Octagon. Needless to say, De Castro has a lot at stake right now going into his next fight. Meanwhile, Danho goes home happy in his return to MMA after five years with a win to his name. Danho is now 6-1-1 in his professional mixed martial arts career.

UFC will look to match-up Jarjis Danho with a ranked opponent now with a win like that, and the future looks bright for the 37-year old fighter.

Also Read: Here’s Everything You Need to Know About Mackenzie Dern’s Husband and Family