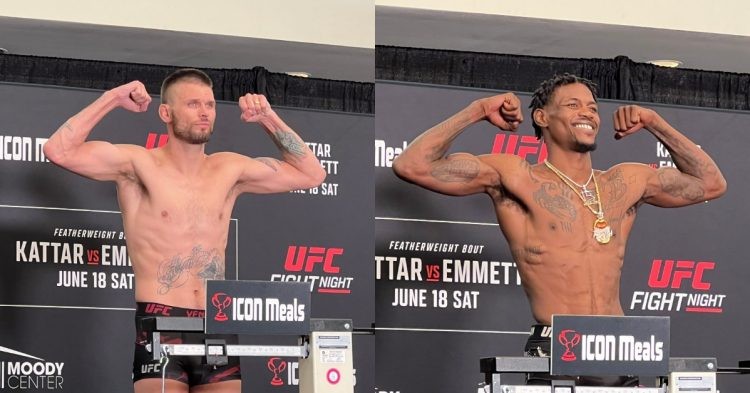 ‘Big Mouth’ Kevin Holland is back this weekend as he takes on Tim Means. The welterweight bout between Means and Holland will feature on the main card of the upcoming UFC Fight Night card in Texas. The card will have Calvin Kattar vs Josh Emmett in the main event.

After his disappointing run in the middleweight division, Kevin Holland made his welterweight debut at UFC 272. After a wild first round, Kevin dropped Alex Oliveira and knocked him out within a minute of the first round. This will be his second fight in the 170lbs division as Kevin would like to go on a lengthy win streak, which will lead him to the top of the division.

Tim Means on the other hand is coming off a 3 fight win streak. Means has beaten Laureano Staropoli, Mike Perry and Nicolas Dalby en route to this bout against Kevin Holland. Although Means is unranked at the moment, a win Saturday could result in him having a ranking ahead of his name.

Kevin Holland is still an unfinished product. Although his striking is comparable to the best in the 185lbs division, Holland’s grappling has been a cause for concern. In his last 4 fights, Holland was taken down 20 times with an average of 5 in a fight. But his wrestling skills were much better against Alex on his 170lbs debut.

But Tim Means is unlikely to test Holland’s grappling. Tim has not been a very takedown-heavy fighter in the UFC historically. He has only 1 takedown in his last 3 fights and averages 0.92 takedowns per fight. Means is dominantly a striker who wins the majority of his fights via decision. However, he does have 2 submission finishes in the UFC.

The bout between these two on Saturday will most likely have one of two conclusions. Either Kevin Holland will land one of his wild punches which will put Tim away, or Tim will be smart with his choice of offence and maintain his distance. The 36-year-old may also try to mix in a few takedowns to drag the bout to the finishing line abs edge out a decision victory.