UFC returns to action as former middleweight champion Robert Whittaker steps inside the cage against Kelvin Gastelum in what promises to be an exciting match-up between two of the best fighters in the middleweight division. However, there is another fight that is sure to grab the attention of fight fans. Tracy Cortez takes on Justine Kish in the main event of the preliminary card at UFC Vegas 24.

Tracy Cortez makes her UFC return for her third appearance inside the Octagon after grabbing the UFC contract at Dana White Contender Series back in July of 2019. Cortez moved to the flyweight division after getting the contract and made her UFC debut with a unanimous decision victory over Vanessa Melo. 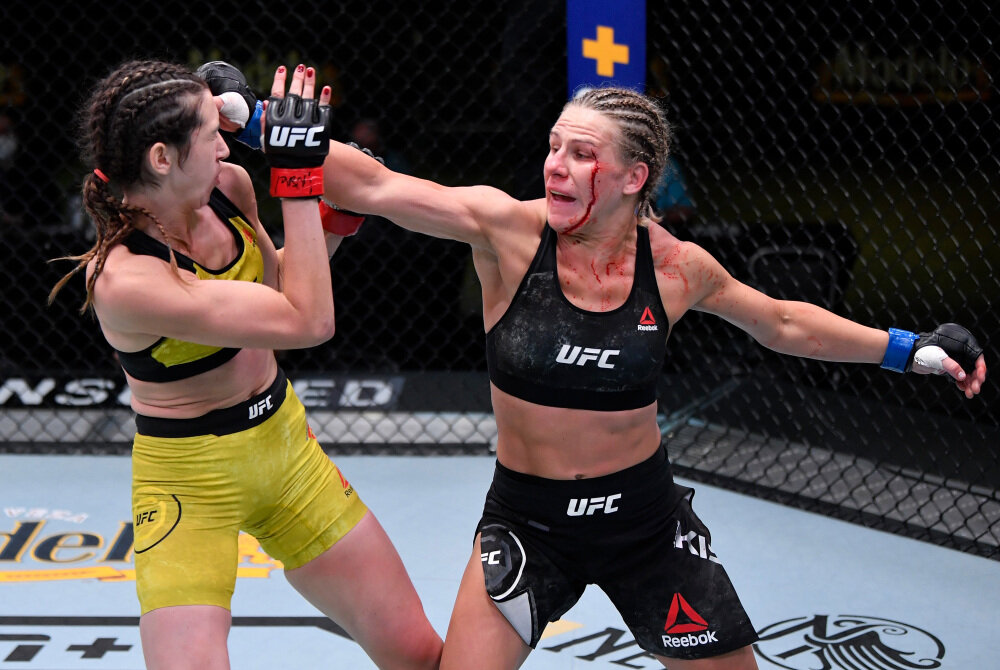 Meanwhile, Kish will look to jump back to the winning column after suffering a submission loss in her last bout. Kish has lost three times in her last four bouts. Kish was once looked at as one of the brightest prospects in the division after she entered the UFC Octagon and earned back-to-back wins over Ashley Yoder and Nina Ansaroff. She last stepped inside the Octagon back in September of 2020 and will look to cement her position in the UFC’s bantamweight division with a win over Tracy Cortez.

Tracy Cortez steps inside the Octagon as a heavy favorite and rightfully so. Cortez comes equipped with great skills, showing credibility on her feet and dominance on the ground. She is constantly improving and has shown great improvements in her last few fights. Cortez is looking sharper and sharper in each fight and expects a much better version of the American fighter as she steps inside the cage against Justine Kish.

Meanwhile, Kish has gotten slower and seems to fade out in the later rounds. However, Kish definitely has the skillset and ability to beat Cortez. It will boil down to the conditioning of both the fighters and that is where I believe Cortez gets the upper hand. Cortez will look to break into the top-15 with a win over Kish this weekend.

I expect a stand-up war between both the fighters, with the bout going to the judges’ scorecards. Tracy Cortez is expected to her hands raised this weekend as he moves a step closer to making it big in women’s mixed martial arts.