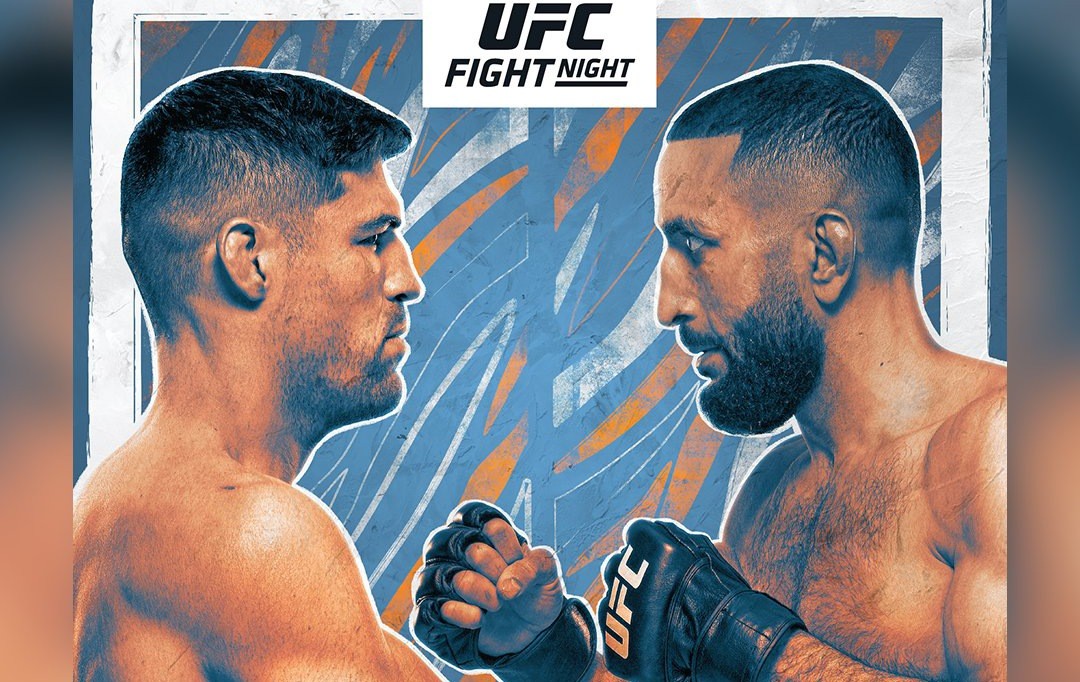 UFC is back with another event this Saturday after their blockbuster Pay Per View (PPV) last weekend, UFC 273. The card will feature two top welterweight contenders Vicente Luque and Belal Muhammad. Both will be having their first fight of the year on Saturday.

Vicente Luque is currently occupying the 5th slot in the welterweight rankings. He has won 6 of his last 7 fights and is currently on a winning streak of 4 fights. Luque defeated Michael Chiesa in his last fight on UFC 265. This will also be the first time when Vincente has headlined a UFC card.

Although Belal Muhammad has been in a UFC main event before, it ended in an eye poke against Leon Edwards last year. Hence, Belal would like to rectify that by winning this Saturday and reentering the ‘Top 5’ of the division.

This particular fight will be a rematch of their first fight in 2016. Luque and Muhammad fought at UFC 205 which was the biggest fight card ever at that stage. However, the brightest lights did not suit Belal. It was a very short night for him as the Brazilian knocked him out cold.

But 6 long years have passed since the first fight and both of them have evolved immensely. Similar to Luque, Belal is also on a ridiculous run which includes a victory over Stephen Thompson last year. It just proves how good of a fighter he has evolved into.

Vicente Luque is primarily a stand-up fighter who likes to put it on his opponents. He has 11 knockouts throughout his career. However, Luque is not just a one-note fighter. He has phenomenal grappling in his toolbox as well and the submission finishes of Tyron Woodley and Michael Chiesa were the proof of that.

Belal on the other hand likes to implement his grappling more during his fights. Although he is unbeaten in his last 7 fights, only 2 of his victories came via finishes. Muhammad focuses more on controlling time rather than aggressively looking for finishes.

However, he can not afford to rely on the same strategy against Vicente. The 30-year old is a much better striker than Belal and Luque are more of a submission threat than him. Michael Chiesa took down Luque with ease. But he is a BJJ (Brazilian Jiu-Jitsu) black belt himself. Vicente reversed a submission attempt from Chiesa into a D’arce choke.

Hence, Belal will have to maintain a tight guard at all costs once he secures a takedown. He will also have to evade Luque’s precise jabs to avoid another KO.