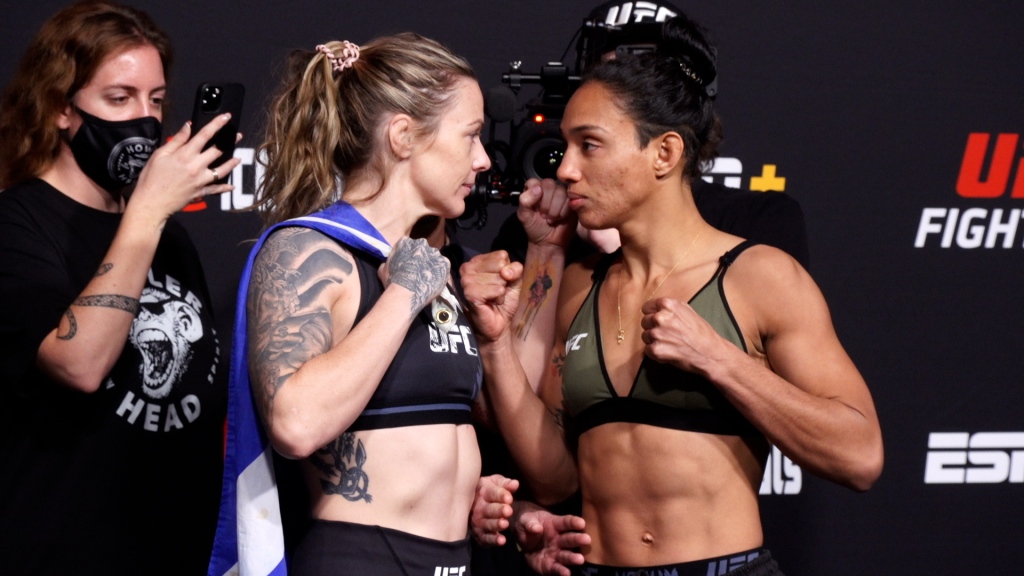 UFC Fight Night: Vieira vs Tate will take place at the Apex in Las Vegas this weekend. Consequently, there are various fights that are sure to grab the attention of all the fight fans. So let us take a look at one such fight that will take place on the main card of this event.

UFC women’s flyweight contender Joanne Wood takes on Talia Santos in a three-round contest.  As we lead up to this contest, Joanne is coming off a loss in her previous contest. Meanwhile, Santos has won her last three fights in a row.

Consequently, the Brazilian fighter will be confident as she heads into this crucial fight. Moreover, Talia Santos has a big opportunity this weekend as a victory against a fifth-ranked contender would help her rise through the ranks and enter into the top five of the division.

Before breaking down the fight and predicting the outcome, let us compare the stats of the two flyweights that will step inside the octagon on Saturday.

This women’s flyweight clash at UFC Fight Night has a great potential to provide a lot of fireworks because both Jojo and Santos are extremely formidable fighters. 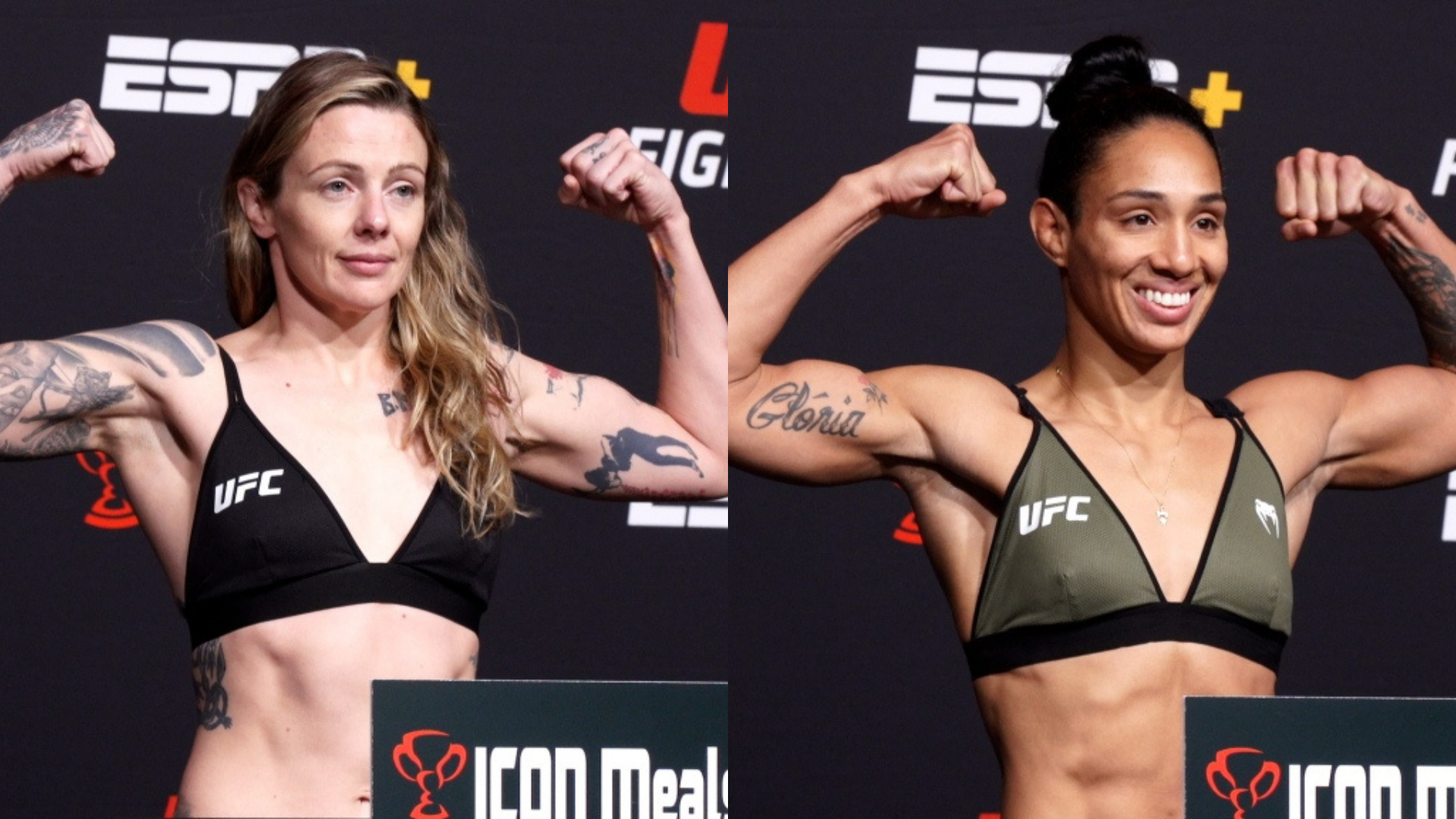 Shifting towards the breakdown of this fight, both fighters are stylistically different. The Brazilian rising star is exceptional on the ground. Meanwhile, Joanne has great standup skills.

Speaking of Talia Santos, she likes to take the fight to the ground and control her opponents. A great example is her last fight against Roxanne Modafferi where she landed five takedowns and controlled her on the ground for nearly 8 minutes.

Therefore, it won’t be surprising if she tries something similar against Calderwood. Because Lauren Murphy controlled Jojo on the ground for four minutes in Calderwood’s last fight.

On the other hand, as mentioned earlier, Joanne Wood is a brilliant standup fighter. She lands a great output of strikes in every single fight. Moreover, Jojo mixes up her striking very well by using leg kicks. However, a major problem throughout her UFC career has been defending takedowns.

She has lost several of her fights due to this reason, and if she manages to neutralize this weakness, then Joanne Wood is expected to get her hands raised by the referee after the end of the fight.