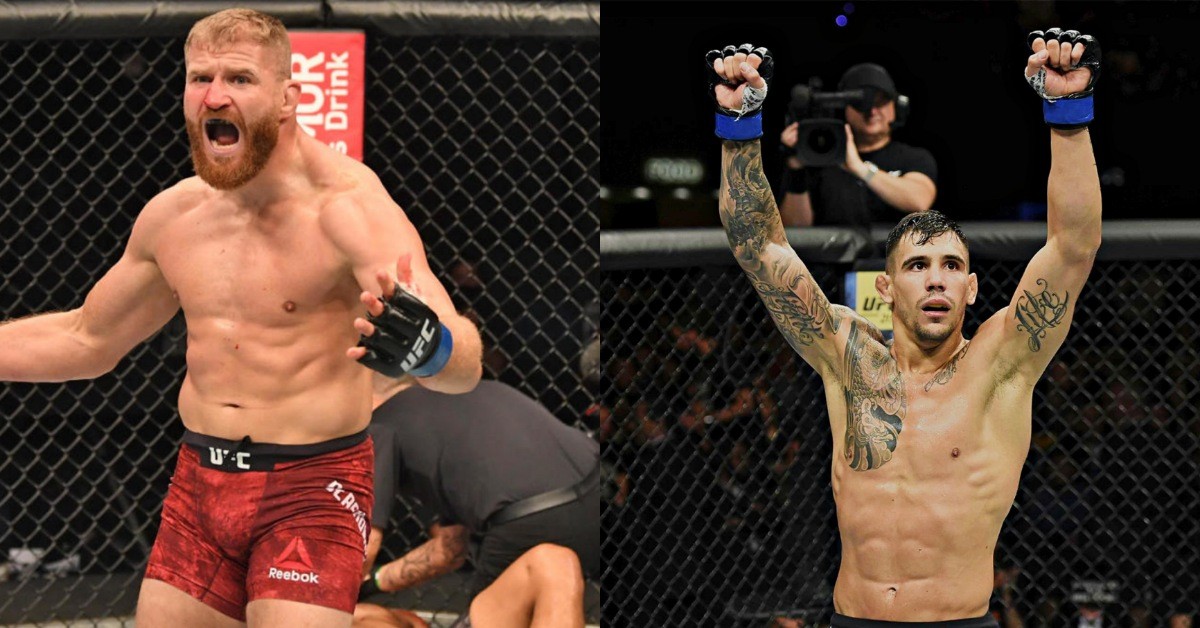 Jan Blachowicz is set to fight Aleksandar Rakić in the main event of this weekend’s UFC Fight Night. The bout has the potential to produce the next contender for the 205lbs title. Glover Teixeira will defend his title against Jiri Procházka at UFC 275. The winner of that fight may find himself going up against either Blachowicz or Rakic in near future.

While Jan has already held the belt once, Aleksandar is a young fighter who has bulldozed his way through the division. The former champ will try to avenge his title, whereas Rakic will look to earn the very first championship fight of his career. But the co-main event has a completely different storyline. It will feature two young fighters who have lost their way and is desperate to earn back their credibility.

Ion Cutelaba is going up against Ryan Spann in the light-heavyweight. Both are very early in their UFC career. While winning here will bring Cutelaba back in the Top 15, it will also give Spann a much-needed victory after his loss against Anthony Smith. Elsewhere, former UFC Flyweight title contender Katlyn Chookagian will fight Amanda Ribas on the main card as well.

Let’s see which song the above-mentioned fighters will use for their walkouts at the event this weekend.

Jan Blachowicz has used his native song for all of his walkouts in the UFC so far. But lately, he has been using a song called ‘Ballada o pancernych,’ by Jan Edmund Fetting. The song fits Jan’s vibe when he walks out for his fights perfectly. Unlike most of his other contemporaries, Jan is very calm ahead of his bouts. The song also has an eerie sense to it which signifies the calm before the storm.

The title of the song lets the fans know what it is all about! Aleksandar Rakic uses a song by 50 cent, called ‘Ready for War.’ Whenever Rakic walks out to fight, he is always prepared to give his best and he never gives up. Hence, the song will set the mood this Saturday perfectly.

Which songs will Ryan Spann and Ion Cutelaba use for their UFC Fight Night walkouts?

Ryan Spann has always mixed up his walkout songs in the past. He does not have one song which can instantly be related to him. Spann has used songs such as “Go Off” by Zauntee and “Desperados” by Andy Mineo. Most recently he used “Walk ‘Em Down” by NLE Choppa for his bout against Anthony Smith.

Ion Cutelaba has walked out to ‘Zdob si Zdub Doina Haiducului’ previously. For someone, who is always filled with rage ahead of his bouts, Cutelaba has chosen a very offbeat song for his walkout music.