UFC Fight Purse: How Much Did Michael Chandler Earn in His UFC Debut Against Dan Hooker

Michael Chandler answered fans and critics in a manner that replicates a performance worthy of a title shot. Coming in with a lot of expectations and Chandler knocked out Dan Hooker in the first round at UFC 257 in his UFC debut and called out the likes of Dustin Poirier, Conor McGregor, and Khabib Nurmagomedov in the post-fight Octagon interview to announce his arrival in the UFC’s lightweight division. Needless to say, a question that must have come across every fight fan is, how much did Chandler earn for his UFC appearance?

Michael Chandler is one of the biggest names in mixed martial arts outside of the UFC and has done enough to solidify himself as arguably one of the greatest of all time. Needless to say, Chandler continued his prolific run as he picked up a win over a top-5 ranked opponent in just his first fight inside the UFC Octagon.

Michael Chandler took home a whopping $350,000 in his UFC debut against New Zeland native Dan Hooker. Chandler also pocketed the $50,000 Performance of the Night bonus and sponsorship money including the fight week incentive. Additionally, he also took a $100,000 win bonus that was guaranteed to him should he triumph over Hooker at UFC 257. 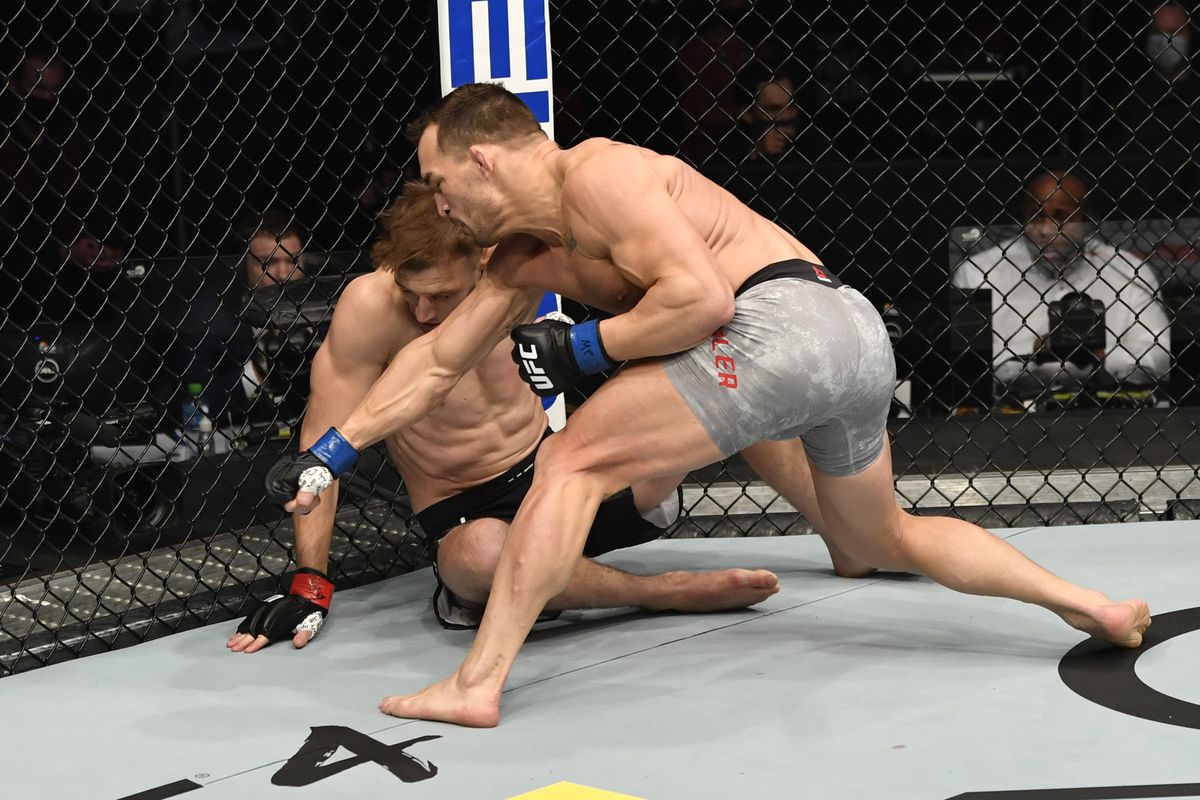 Michael Chandler has grabbed the eyeballs of UFC fight fans around the world. He is set to take on Charles Oliveira for the UFC’s lightweight championship next. In just his second fight inside the UFC, Chandler could well become one of the very few fighters to grab the UFC championship in less than five fights inside the Octagon.

Michael Chandler’s stock is only going to raise should the former two-time Bellator lightweight champion continue to put up performances like these. If Chandler is able to triumph over Charles Oliveira at UFC 262, we could expect Chandler in the mix of some of the best match-ups in the lightweight division including the likes of Justin Gaethje, Dustin Poirier, and Conor McGregor.

Only time will tell what lies ahead for Michael Chandler going forward in his UFC career. Be that as it may, the future looks bright if Chandler is able to replicate his last few performances.