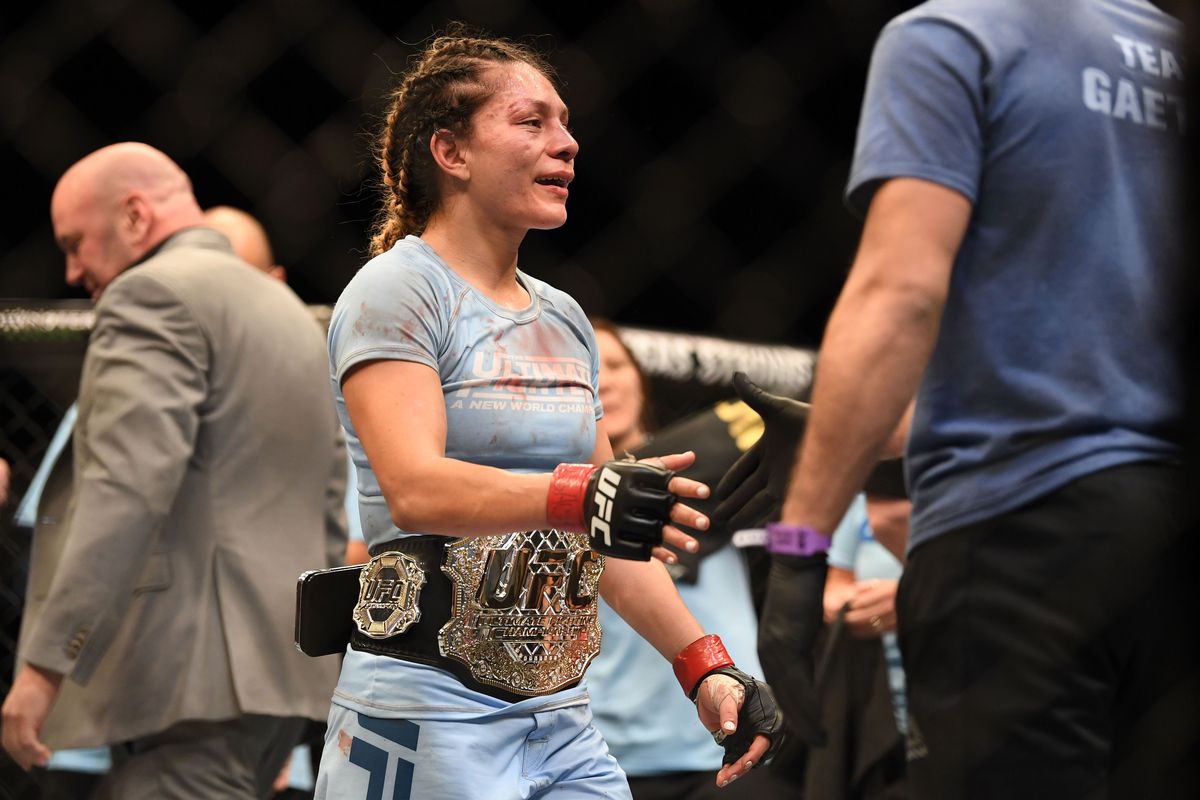 UFC has released former flyweight champion, Nicco Montano (4-3) who came in seven pounds over her bantamweight limit last weekend for a fight against Wu Yanan on July 31. Needless to say, the fight was eventually pulled out from the card, and missing weight on such a huge gap brought her under the scrutiny of many media outlets.

Nicco Montano has always had issues with cutting weight. She is UFC’s first flyweight champion of the world after she defeated Roxanne Modafferi in The Ultimate Fighter 27 final in 2017. However, she failed to defend her flyweight gold, after being hospitalized because of a poor weight cut for her title defense against Valentina Shevchenko. She would return two years later against Julianna Penna in the bantamweight division, losing the bout via unanimous decision.

Nicco Montano was set to make her UFC return after more than two years away from the Octagon against Wu Yanan at the bantamweight division. However, she missed the weight by 7 pounds. Since her unanimous decision loss to Julianna Penna, Nicco Montano has pulled out from her fights against Macy Chiasson, Julia Avila (twice), Karol Rosa, before eventually missing weight against Wu Yanan too, making it the fourth consecutive bout she failed to show up for.

Earlier, Nicco Montano had taken to photo-sharing platform Instagram in a statement after missing weight at UFC Vegas 33. Montano revealed that she felt in the best shape of her life going into the bout, but felt that after years of cutting weight the hard way, her metabolic system didn’t help her cut down to the bantamweight mark, rendering all her efforts useless.

Looking at the statement, it doesn’t look like the end of the road for Nicco Montano, who could look at jumping to Bellator in her attempt to complete in the women’s featherweight division. Montano is supremely talented and at 32 years of age, has several fight years left in her.

Montano is putting more focus on a healthy weight cut, and while bantamweight is still an option, there’s a likely possibility that we could see her in the women’s featherweight division going forward in her MMA career.

“Over three or four of her fights have been canceled. No matter what weight class she put her at, she seems to be having a hard time making weight. This might not be a sport for her.” UFC president Dana White said in a conversation with UFC Arabia.