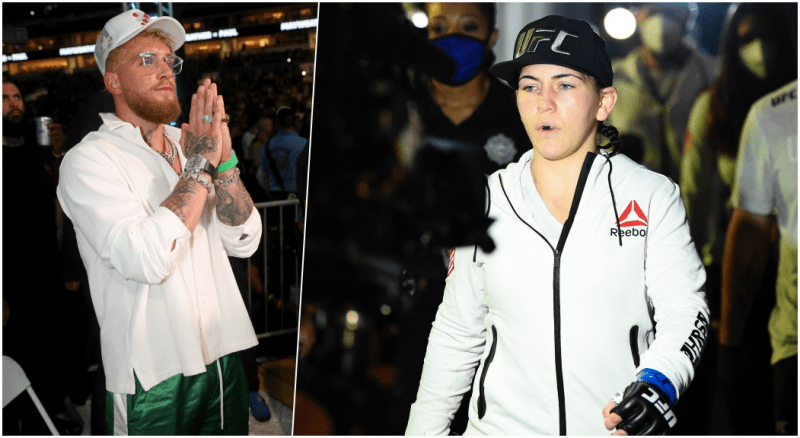 The long-lasting issue regarding fighter pay in UFC has magnified because Women’s Flyweight fighter Sarah Alpar is forced to take help from her fans to cover her fight expenditures. Sarah Alpar is a former LFA women’s bantamweight champion who made her debut in the UFC’s contender series in 2019. She earned herself a contract after defeating Shanna Young via submission.

Although Sarah Alpar did not receive a big paycheck from that fight. As a result, Alpar had to start the GoFundMe drive because she was unable to find any sponsors that would pay for her training expenses ahead of her fight against Erin Blanchfield on 18th September.

She went on Instagram and requested her fans for help “What this does, is it helps me to travel, take care of gym fees, to be able to afford food, anything,”. “You guys, I’m ready, I’m working, I’m going to school, I’m training, I’m putting in at least over 65 hours a week in these things, and I want to make this happen. I want to go so far in the UFC and I cannot do it without you and my ‘Too Sweet Tribe.’

“If you want to donate even $5, $10, anything is so helpful in order for me to be able to focus on training and to be able to win my next fight. I want to thank everybody again for the donations that have already been put in. I would like to make a goal of $1000 by July 1. Let’s make this happen, you guys. I need your help, I need your help.”

Also read: “That’s Not How It Works Here”- Joe Rogan Gives the Most Honest Opinion on Fighter Pay Issues in UFC

After Sarah Alpar started a GoFundMe drive to receive help from fans and other people. YouTuber and former Disney star Jake Paul has slammed the UFC and offered his support to the Featherweight fighter on social media

SMH… Imagine a rookie in the NBA had to start a GoFundMe to play..

I let Sarah @TOOSWEET_Alpar know she has my support and contribution

It’s my honor and privilege to help fellow fighters in anyway I can🙏🏼https://t.co/XvDHOwoN6Q

Jake Paul contributed to the GoFundMe drive by donating $5,000. As a result, a lot of people became aware of this situation and helped the UFC fighter by providing their support. Sarah Alpar was shocked by the response and expressed her feelings when she saw Jake Paul’s donation. I got this message and it was this person that I saw a little the checkmark and it said, ‘Jake Paul sent you a message. What the Heck. “I was like, ‘What? You know my existence?’”

After the interview, Jake Paul’s former promoter Triller Fight Club also helped Alpar by donating a large sum of $25,000. Therefore Sarah Alpar reached her goal of $30,000 on the GoFundMe drive. In the end, it is great to watch people and celebrities help fighters when they are in need. But UFC needs to take a look at this issue and solve their fighter’s problems.

Also read: “I’m Taking Money Out of His Pocket”- Jake Paul Says Dana White Hates Him More Than Anyone Else in the World