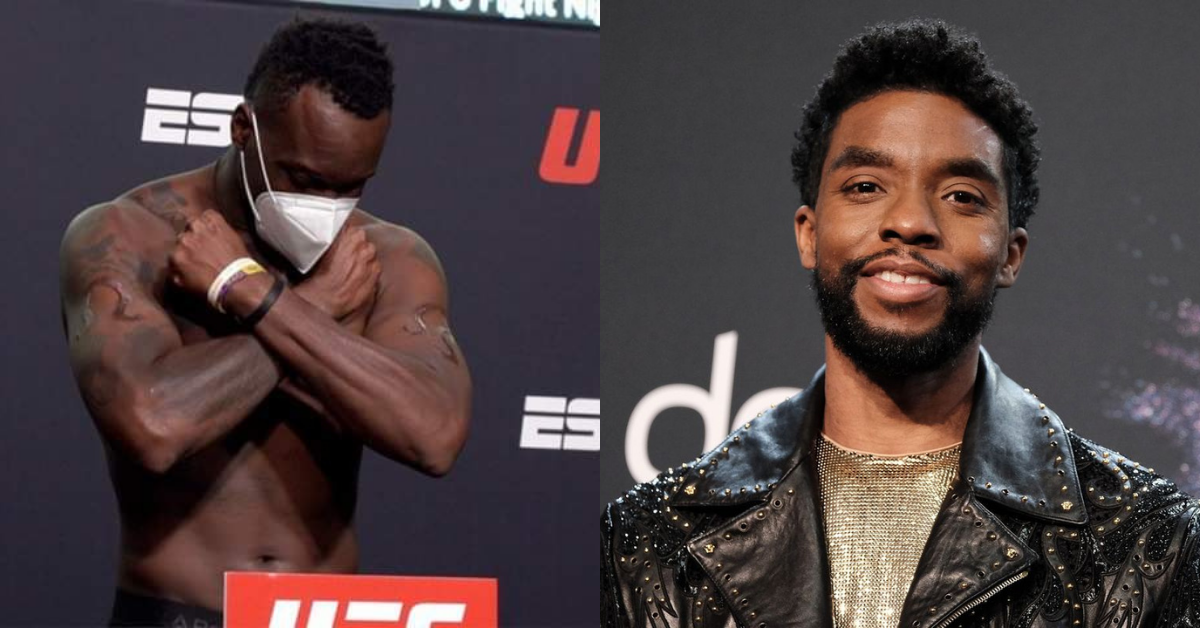 UFC fighters to tribute to Black Panther. Chadwick Boseman passed away early today alongside his family and wife at his home in Los Angeles. The Black Panther actor was suffering from cancer and was going through rigorous treatment and chemotherapy from the past year. Chadwick Boseman was suffering from colon cancer from the past four years, however, he had not made the news public.

“It is with immeasurable grief that we confirm the passing of Chadwick Boseman. Chadwick was diagnosed with stage III colon cancer in 2016 and battled with it these last 4 years as it progressed to stage IV. A true fighter, Chadwick preserved through it all, and brought you many of the films you have come to love so much. From the Marshall to Da 5 Bloods, August Wilson’s Ma Rainey’s Black Botton, and several more, all were filmed during and between countless surgeries and chemotherapy. It was the honor of his career to bring King T’Challa to life in Black Panther. He died in his home, with his wife and family by his side. The family thanks you for your love and prayers, and asks that you continue to respect their privacy during this time.” The social media post on Chadwick Boseman’s official Twitter and Instagram handles stated.

Chadwick Boseman will be remembered for his iconic role of Black Panther, which brought with itself a huge change in the representations of black in Hollywood. Black Panther was nominated for several Oscars and grossed more than $1 billion at the box-office.”

Several UFC fighters took to social media to pay homage to Chadwick Boseman on his sudden demise due to cancer. Boseman was 43 and had a big career ahead of him. It’s truly a loss of both real and reed life superstar who battled cancer to entertain us with his films. Interim Champion Justin Gaetje took to Twitter and expressed his thoughts for the late actor, Chadwick Boseman.

Some shitty news. Hope this man knew how treasured he was. https://t.co/jsdiVmGSXv

Thank you for your excellence 👊🏾 pic.twitter.com/DHUvswYdWA

I’m a grown man now, but I never had superheroes that I remember looking up to. Chadwick Boseman was my Superhero when I watched Black Panther 🙌🏾 He seemed like a great man and gave a lot of hope and inspiration to young black children. RIP @chadwickboseman! pic.twitter.com/R212oxi32e