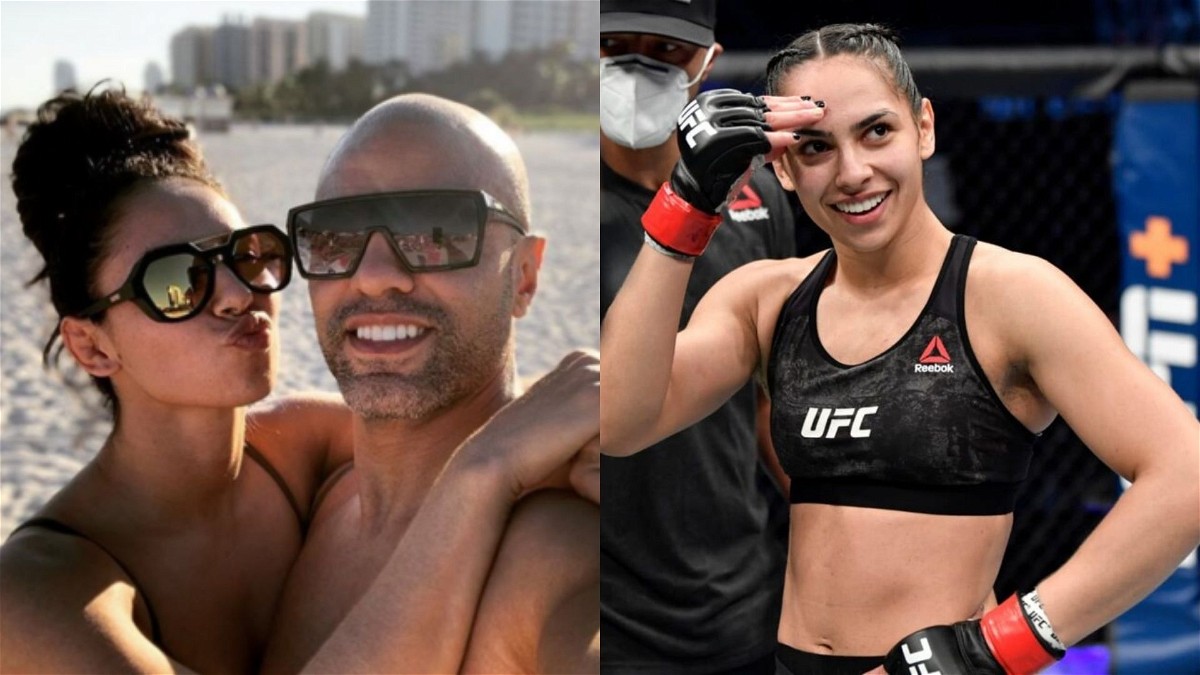 The Queen of Violence, Ariane Lipski makes her octagon return in the main card of UFC vegas 37. This time she takes on an unbeaten UFC debutant in Mandy Bohm in an exciting flyweight bout.

So far Lipski’s UFC journey has been full of ups and downs. While she secured impressive victories over Luana Carolina and Isabela Padua she lost to the top flyweight contenders.

Ariane Lipski has lost 4 of her 6 UFC fights and is currently on a 2 fight losing streak. So it’s safe to say that Lipski needs to get back on the winning column in order to secure her place in the roaster.

All you need to know about Ariane Lipski’s Husband, Renato Da Silva Jr.

UFC flyweight, Ariane Lipski has been married to her coach, Renato Silva for over 2 years now.

Renato Silva is a MMA fighter who turned into a coach after a short career with 5 wins and 3 losses. Silva had 4 KO/TKO wins in his career and one TKO loss that came in the fight against Carlos Prates.

Since her UFC debut, Renato Silva has been the head coach of Ariane Lipski. And even though Lipski is training at American Top Team at the moment, Silva plays a crucial role in Lipski’s training camps.

Ariane Lipski decided to move to the United States after the loss to Antonina Shevchenko and joined the American top team upon the advice from Renato Silva and her management, First Round Management.

Ariane Lipski competes in the UFC women’s flyweight division. Though she has already 20 pro MMA fights in her career she is only 27 years old and has looked promising in her previous fights. Ariane Lipski has 6 UFC fights on her resume leading up to UFC Fight Night, Smith vs Spann. But, she has only managed to win 2 out of those 6 fights.

The Queen of Violence has 13 pro-MMA wins including 6 KOs/TKOs and 3 submissions. Lipski has been knocked out 3 times in her career so far, which is certainly an alarming stat in the women’s flyweight division.