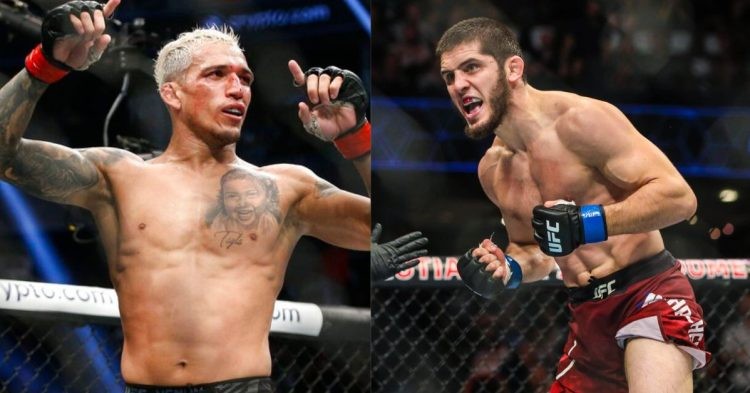 UFC 280: Oliveira vs Makhachev will begin with its proceedings on October 22nd at the Etihad Arena in Abu Dhabi, UAE. This PPV contains a star-studded lineup of fighters like Charles Oliveira, Sean O’Malley, Islam Makhachev, Petr Yan and many others that will entertain the audiences throughout the evening.

It is needless to say that there will be numerous celebrities and fighters who will be in attendance as they would love to witness this spectacle of a PPV. But surprisingly, the UFC has stopped giving out tickets to big celebrities with huge popularity as the Etihad Arena is sold out.

While speaking in his podcast, Sean O’Malley made this revelation that the UFC is not allowing celebrities despite their social media numbers.

“It’s a pretty intimate arena. Yeah, packed but smaller I think 13,000-14,000 people. It’s got sold out. They said they have been turning away like influencers with millions and millions of followers just because it’s sold out. There’s just not an extra ticket to give out.”

This news comes as a big surprise as the UFC usually gives out tickets to well-known celebrities. However, by the looks of the small stadium capacity of the Etihad, the decision to not give out extra tickets seems logical as it would be extremely difficult to offer them the best seats in the stadium.

Did UFC make a mistake by Headlining with Charles Oliveira vs Islam Makhachev in Abu Dhabi?

As mentioned above, the UFC 280:  Charles Oliveira vs Islam Makhachev which will take place at the Etihad Arena is sold out and therefore the UFC are not giving tickets to any more celebrities. With that being said, there are question marks raised whether the promotion made a blunder by booking this fight in UAE.

Because there are several stadiums in the USA and many other countries with more capacity that could have hosted this PPV. The UFC could have earned more profits in ticket sales and more fans and big names would have attended the PPV.

But it seems that the promotion decided to book UFC 280 in UAE as their aim could be to expand their audience and build a bigger fan base. Islam Makhachev who is a fan favourite in this country definitely brings excitement to fans. Consequently, it would be interesting to see the atmosphere when he steps inside the octagon for his title bout.

Do let us know in the comments section below your thoughts on the promotion scheduling the upcoming UFC 280: Charles Oliveira vs Islam Makhachev PPV in UAE.