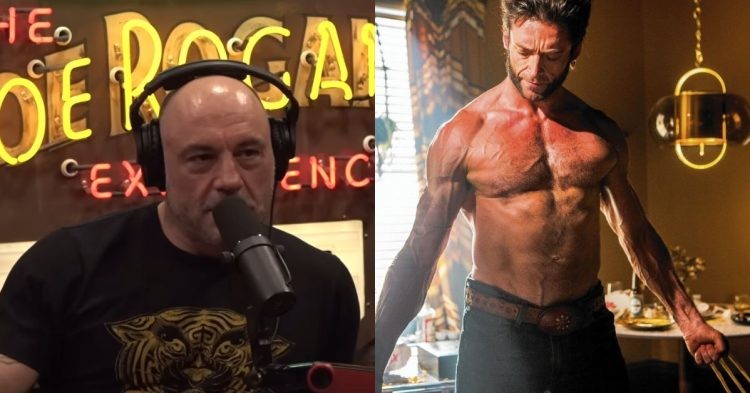 UFC color commentator Joe Rogan believes that Hollywood actor Hugh Jackman used steroids to get into the ‘Wolverine’ physique. Jackman is confirmed to return as Wolverine in Marvel’s Deadpool 3 but fans will see a lot of VFX in the movie.

Apparently, Jackman has refused to not use any steroids to achieve a ripped physique like before and Rogan admires his decision. That’s because using steroids to get a massive size can cause serious problems for the user later in life.

In an episode of the Joe Rogan Experience podcast, Rogan discussed this with Derek, More Plates More Dates. Rogan said: “They’re gonna CGI it. He said that he can’t do this anymore, and it’s also he’s in his 50s.”

“I mean what do you think that a guy like that gets on to get that big? I mean what kind of stuff? I’ve never gotten that big. So when you get that big like, what are you on?”

A lot of actors use steroids to achieve unrealistic physique and most of them never talk about it, implying that their body is natural. Rogan too used TRT but he never got big like actors who star in superhero movies.

Both Rogan and Derek believe that a size like Jackman’s Wolverine is achievable and Jackman has to get in a massive size and a low percentage of body fat for that. When they use steroids they completely transform themselves in a matter of 12 weeks.

However, it becomes unrealistic when the actors look jacked even after they hit 40. Rogan believes they should come clean about the use of steroids because they have a responsibility toward the public. But the majority of the actors don’t even talk about it.

Marvel will rely on VFX for Hugh Jackman’s Wolverine physique

After starring in ‘Logan’, Hugh Jackman stated that he would hang up his claws. Certainly, a lot of fans were upset as Jackman took his character to the next level but they will be very delighted to know that Jackman will return as Wolverine in Deadpool 3.

Jackman has been training hard to get in shape for the upcoming movie but still, Marvel will have to use a lot of VFX for Jackman’s physique. As mentioned above, the Aussie has refused to get on steroids to achieve a ripped physique.

Given that Jackman is 54 years old now, this is a good decision for him as using heavy steroids will affect his longevity. Fortunately, it should not be much of a problem for the production team as Marvel is known for their breathtaking VFX.

Joe Rogan is confident that Hugh Jackman was on steroids

The A-listers of Hollywood look ripped at their young ages, but as they age, they seem to maintain their shapes. This is where steroids come in. Most of the public with little knowledge believe that the actors are natural but in reality, they use PEDs.

When a male hits their 40s, they lose their muscle mass drastically. To stay in shape, the actors get on a special diet and workout regime along with heavy use of steroids. This is necessary for them but most of them don’t come out clean.

In recent years, the use of steroids has become a large topic of debate in the entertainment and sports industry. Many athletes get busted while some dodge the authority. However, Hollywood actors continue using PEDs as it is completely legal in their industry.

But, the general public may think otherwise after seeing actors like Hugh Jackman and others achieve unrealistic physiques even in their aging years.