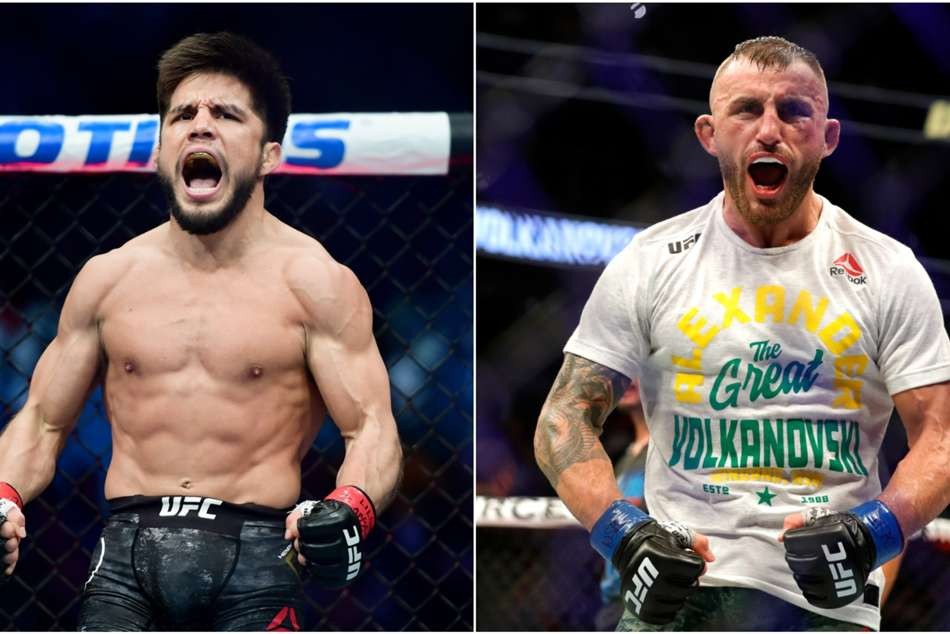 Henry Cejudo is dead serious about fighting Alexander Volkanovski for the Featherweight Title, following the conclusion of UFC 273 last weekend.

The former two-division champion has called out ‘The Great’ on several occasions in the past and has now decided to step out of retirement, to fight for the 145lbs title. “Triple C” has been considering a return to the cage for months, but he has now confirmed his intention to re-enter the USADA testing pool in preparation for a comeback.

“Henry is one of the greatest fighters ever seen. I think the fans and all of us wanna see him come back. He is gonna focus on his fighting stuff. I’m gonna focus on the business side of things. I believe we will see him back end of the summer,” Abdelaziz said.

Cejudo recently cut a promo on The DC&RC show, challenging Volkanovski for a massive payday by taking him on.

“I’m gonna give the promo now, Alexander, this is big, we’ve met before, we’ve gone out drinking before, we’ve actually partied before.”

“I know Israel Adesanya has a record right now, he fought Robert Whittaker but it wouldn’t be nothing like if me and you fought in Australia.” Henry added.

Adesanya faced Whittaker for the Middleweight title at UFC 243 in October 2019 at the Marvel Stadium in Melbourne, Australia. ‘The Last Stylebender’ knocked out ‘The Reaper’ in front of his home crowd of 57,127, which was the largest in UFC history.

Alexander Volkanovski responds to Henry Cejudo calling him out

Henry Cejudo has been out of action since announcing his retirement from MMA after beating Dominick Cruz back in 2020. It’s been two years since and, during that time; Alexander Volkanovski has remained active, defending his title thrice against the likes of Max Holloway, Brian Ortega, and Chan Sung Jung.

Most recently, ‘The Great’ dominated Chan Sung Jung on his way to a 4th-round TKO win in the main event at UFC 273.

Recently, Volkanovski responded to Cejudo’s callout that he doesn’t think ‘Triple C’ deserves an immediate title shot. However, the Australian is certain that Cejudo can jump to number one contender status with a significant win.

“But if he’s expecting to just walk into a title shot straight away, that’s pretty ridiculous. Whether he’s in the testing pool to fight bantamweight or featherweight, I don’t know. But if he’s going to go into featherweight, then fight somebody. And I reckon that gives you the No. 1 contender spot just like that.”

Cejudo is aware that ring rust affects fighters but is still willing to make his return in a title fight in a division he’s never competed in before. According to ‘Triple C’, he hasn’t been out of touch with the sport, despite being away from the competition.

“It’s not like I’ve been away from the game like I’ve been in the game. He’s only a couple inches taller than me [and] it’s a very winnable fight,” Cejudo said.

Henry pointed out that he trains regularly and helps fellow fighters prepare for their fights and that has kept him in good shape.