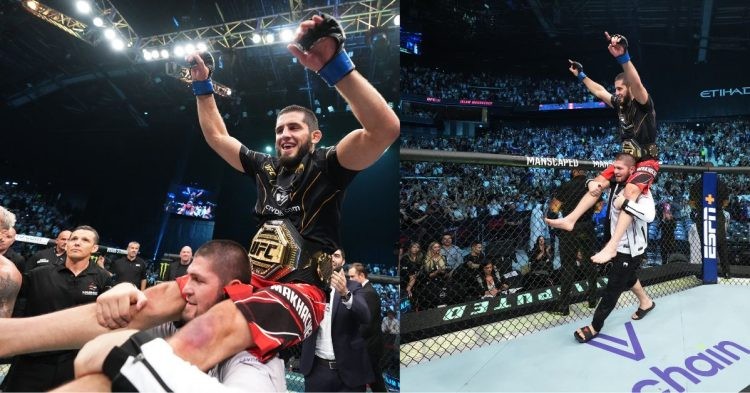 Islam Makhachev has moved to the #3 spot in the latest UFC pound-for-pound rankings after securing a dominating victory over Charles Oliveira this past weekend that saw him become the UFC’s lightweight champion.

Makhachev, a new entrant in the UFC’s pound-for-pound list could see himself challenging Alexander Volkanovski for the #1 spot after UFC President Dana White confirmed that the featherweight champion is next for the lightweight gold.

Here’s what the UFC’s pound-for-pound rankings look like after UFC 280.

Meanwhile, Belal Muhammad also saw a huge jump, going past Gilbert Burns in the welterweight rankings to find himself sitting a the #4 spot. The Palestinian fighter picked up a scintillating TKO win over Sean Brady in a Performance of the Night outing. Belal is now just behind Khamzat Chimaev, Colby Covington, and Kamaru Usman in the latest rankings after UFC 280.

Sean O’Malley found himself comfortably on the #1 spot and should be next for the title shot after a controversial split decision win over Petr Yan at UFC 280. It will be interesting to see whether O’Malley will decide to sit out and see how the division plays out, or jump in to fight Sterling the first chance he gets.

Beneil Dariush moved two spots, and now sits at the #4 spot in the latest lightweight rankings. The Iranian fighter picked up an emphatic win over Mateusz Gamrot, and is now on the second longest active winning streak in the 155-pound division.

TJ Dillashaw, who suffered the first loss of his bantamweight career since the loss to Dominick Cruz, moved down to the #5 spot in the bantamweight rankings.