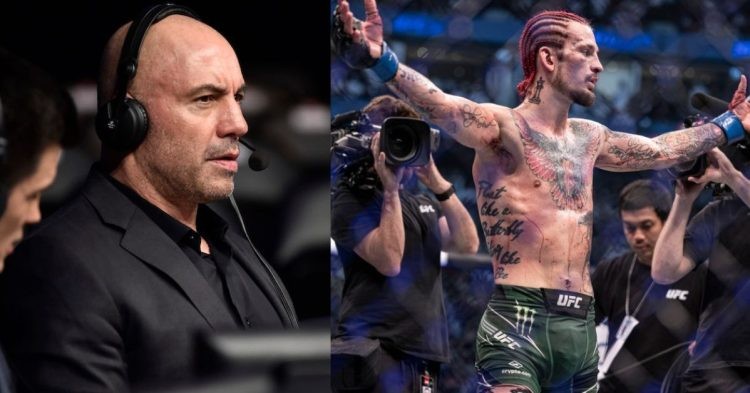 UFC 280 was arguably the best pay-per-view fight card of the year and as expected the fights delivered. However, the most action-packed fight of them all was between former bantamweight champ Petr Yan and the flamboyant rising contender Sugar Sean O’Malley.

Fighting Petr Yan was a massive step up in competition for O’Malley and many believed Yan’s skills and experience will be too much for him, but O’Malley proved everyone wrong by dragging Yan to deep waters and eventually squeezing out a split decision victory. Although that decision didn’t sit well with majority of the audience as many fans claimed the loss as a ‘robbery’ for Petr Yan. It was certainly a close contest, Yan did got dropped by O’Malley a few times but eventually got up and connected big shots of his own.

Now, UFC color commentator Joe Rogan has shared his thought on the controversial decision, Rogan said on JRE podcast “O’Malley was certainly in it against Petr Yan, He was a former champion, one of the best in the division by far, the number one contender. It was a very close fight. He definitely hurt Petr in multiple occasions. Caught him with that big knee, rocked him. The question is, how much is the takedown worth? How much is control worth?”

Is Petr Yan Leaving the UFC After Loss to Sean O’Malley?

According to the official stats, O’Malley out-struck Petr Yan in the number of significant strikes, landing 84 significant shots compared to Yan’s total of 58 but failed to land a single takedown.

UFC Hall of Famer and former two-division champion Daniel Cormier believes that Yan might even consider leaving the UFC after arguably being ‘robbed’ of a victory. Cormier said, “Petr Yan is so disappointed in the decision against O’Malley, that I’m hearing word that this guy may want to look at something different down the line in terms of his career because he just does not feel like, maybe the organization doesn’t have his back. It’s crazy.”

Sean O’Malley was ranked 11th in the bantamweight division before the fight against Yan and now after earning a controversial victory, he has made a massive jump in bantamweight rankings and currently sits at the number one spot. Yan though hasn’t taken much of a hit after the loss as he is still ranked number 2 but his reputation has been largely affected. According to the official stats, O’Malley out-struck Petr Yan in the number of significant strikes, landing 84 significant shots compared to Yan’s total of 58 but failed to land a single takedown. 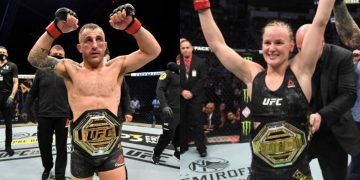