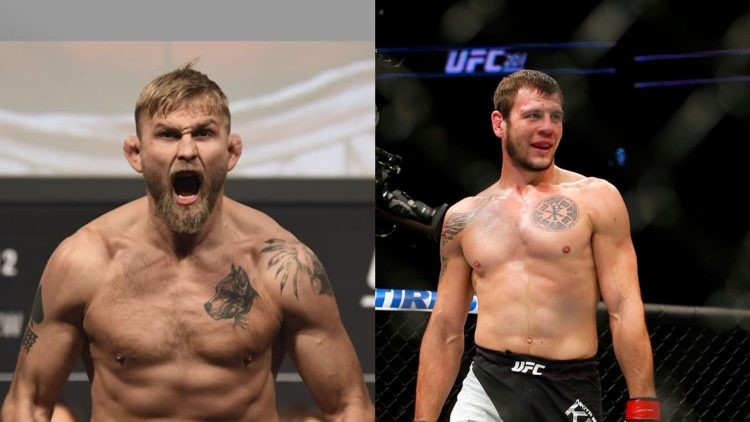 This won’t be an easy fight for Alexander Gustafsson, who had his last fight in the heavyweight division. Gustafsson is not in his prime anymore and after a long break he made his octagon return agaisnt Fabricio Werdum in 2020.

And after nother long break, Gustafsson is looking to come back to the light heavyweight division for another successful run. But, will he be able to put on a better performance and beat Nikita Krylov, who has had some good fights in the last few years.

In his fight against Magomed Ankalaev, Nikita Krylov won the first round and had some success even if he lost the fight on scorecard. Even in his last fight against Paul Craig, who will also be competing at UFC London, Krylov had a lot of success early on before getting caught in a submission.

Nikita Krylov has the momentum in his favor and he has been more active throughout the years compared to Alexander Gustafsson. Krylov will have a huge advantage over Gustafsson if the fight goes to the ground. Though Gustafsson has a solid takedown defense he has not shown the best grappling in his career.

In his last three fights, Gustafsson lost all of them on the ground. While Jones secured a TKO with ground and pound Fabricio Werdum and Anthony Smith were able to submit him.

It’s very likely that Gustafsson will suffer the same outcome against Nikita Krylove, who has 15 submission wins in his career. Krylov also has good striking and power to knock his opponents out. But, Gustafsson will have a lot of success if it turns out to be a striking battle.