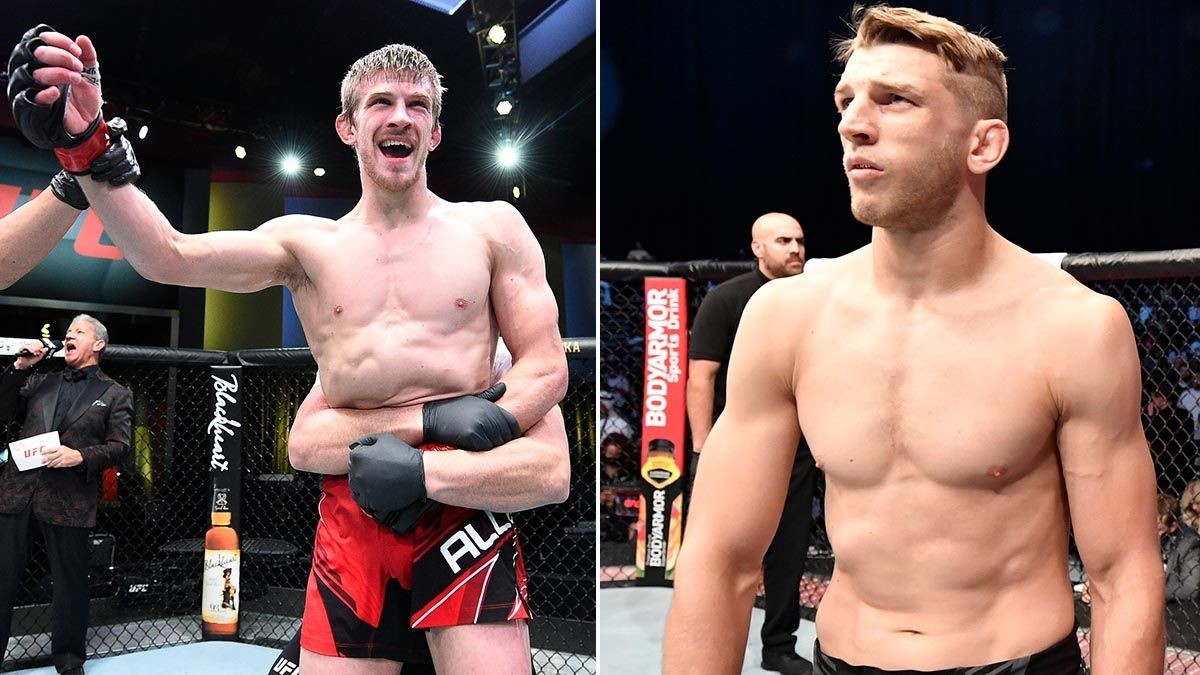 The #8 ranked Lightweight and fan-favorite, Dan Hooker (21-11), will return to the Featherweight division and match up against the #7 ranked Featherweight, Arnold Allen (17-1).

The English fighter, Arnold holds a professional record of 17-1 and an unblemished record of 8-0 inside UFC, with this recent win coming against Sodiq Yusuff.

Hooker is a veteran here, with his fights coming off against some of the biggest names in the division like Dustin Poirier, Gilbert Burns, Paul Felder, Al Iaquinta, Jim Miller, and others. But he has gone down to 1-3 in his last four fights and now he is eyeing to make a successful comeback in the Featherweight division once again.

Dan Hooker needs no introduction. His unique fighting style and his innate affinity for violence makes him an incredibly dangerous and entertaining fighter.

The Hangman has often gone in all-out war has nice long-range attacks, ranging from traditional straight down the barrel punches to flying knees.

The long limbs of Hooker allow him to be a difficult opponent to take down. Hooker also has an impressive 78% takedown defense.

The main issue with Hooker is allowing his opponent’s best attribute to overwhelm him – Islam’s submission game and Michael Chandler’s pressure-power combination. 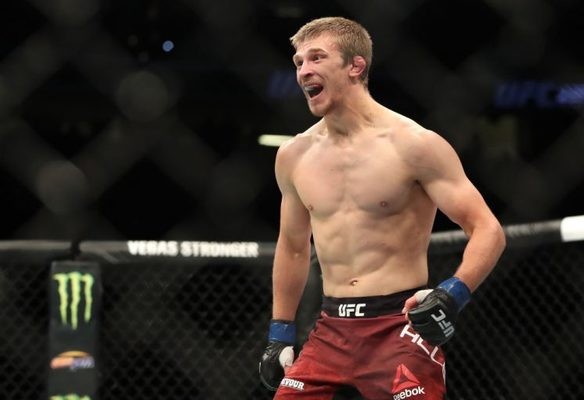 On the other hand, Arnold Allen, in his last bout against Sodiq Yusuff, showcased his technical striking of combining impressive movement on the feet with impressive hands, and powerful left hooks.

He holds victories over some of the prominent names in the division such as Nik Lentz, Makwan Amirkhani, Gilbert Melendez, and others.

This fight at UFC London will be the biggest opportunity of Allen’s career against one of the biggest names he’ll be facing inside the octagon.

Also read: “Smash His Face In”- Tyson Fury Has a Message for Tom Aspinall Ahead of His Fight at UFC London

Surprisingly, Allen is favored in this bout (-115) against Hooker (+105). But that could come from a slightly better ground game from Allen.

Hooker, on the other hand, is throwing almost 2 strikes more per minute and landing them will batter Allen and might allow Hooker to win the fight as the underdog.

This fight is going to be one of the most exciting fights of the UFC London fight card. “The Hangman” will seize every chance to brutalize Allen while on feet. While, Allen has the advantage in defensive movement, speed, power, and grappling.