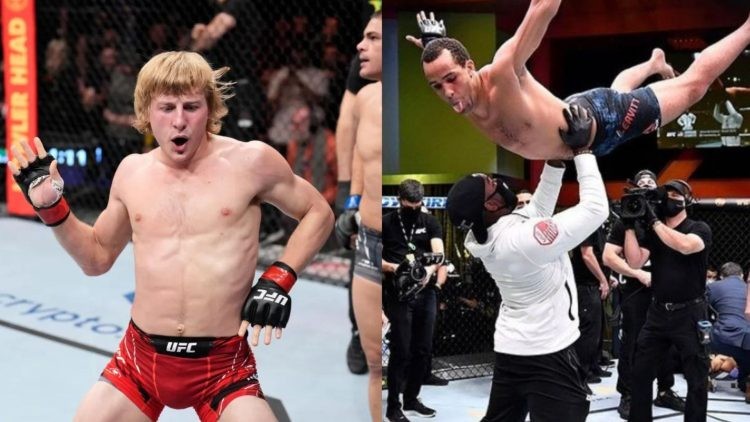 The main event for UFC London might be the heavyweight fight between Tom Aspinall and Curtis Blaydes. However, the biggest crowd reaction of the night is going to be the fight of Paddy Pimblett.

With only two fights in UFC, Paddy Pimblett has become a huge superstar. And it’s needless to say that when he takes on Jordan Leavitt in the O2 arena, fans will support the British mixed martial artist.

The lead-up to this fight has been weird. Jordan Leavitt is well known for his post-fight octagon celebration where he twerks and dances after his wins. And that’s what he promised to do in the O2 arena after beating Paddy Pimblett.

However, Pimblett has something else in his mind. During the media day for UFC London, Paddy Pimblett seemed pissed at Jordan Leavitt as he said:

What does Molly McCann thinks of Paddy Pimblett’s teabag comments

The MMA fans are certainly enjoying the back and forth between these two UFC lightweights ahead of UFC London. However, Paddy Pimblett’s teammate and friend, Molly McCann does not seem to be a huge fan of this. When asked about Pimblett’s teabag celebration and Leavitt’s twerking, McCann said:

“I don’t know he’s(Paddy) just trying to sell a fight. I appreciate anyone who likes to express themselves and show them who they are. But if Jordan thinks he’s gonna twerk in that O2, he’s got no chance. There is more chance of Paddy teabagging him.

Who will win at UFC London? Paddy Pimblett or Jordan Leavitt

Many fans believe that Jordan Leavitt is the toughest fight for Pimblett in his UFC career so far. And that is not true. Paddy Pimblett has faced tougher opponents in his career. Leavitt has the momentum on his side with two wins in his last two fights.

However, Paddy Pimblett should get the job done at UFC London. He is a better grappler and striker than Jordan Leavitt. It’s very unlikely that Leavitt will be able to dominate Pimblett on the ground for three rounds.

Paddy Pimblett has said he is going to knockout Jordan Leavitt early in the fight and that’s the most probable outcome of the fight.