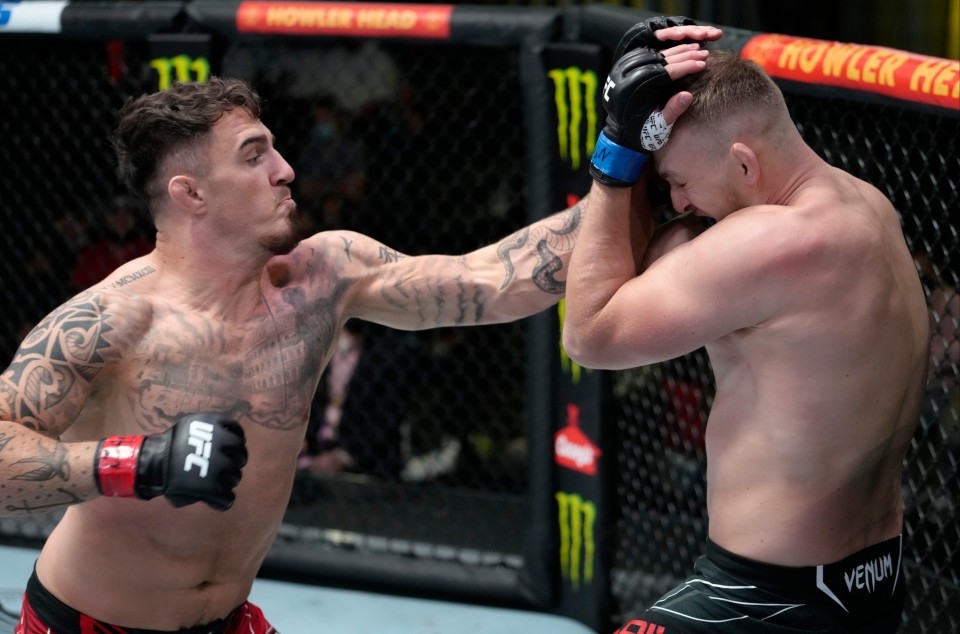 Fans are eager to witness a massive clash between Tom Aspinall and Alexander Volkov on March 19 at the O2 Arena in London. It’s a battle between two of the best strikers in the division.

While Tom Aspinall quickly rising through the rankings in the heavyweight division Volkov is still a veteran in the division, who is a few wins away from a title shot.

Thomas Paul Aspinall (11-2) is a British Mixed Martial Artist and a Boxer currently competing in the Heavyweight division of the Ultimate Fighting Championship. He’s currently 11th in the UFC Heavyweight rankings.

Alexander Yevgenievich Volkov (34-9) AKA Drago is a Russian Mixed Martial Artist currently competing in the Heavyweight division of the Ultimate Fighting Championship.

He has previously competed for the M-1 Global Promotion and Bellator MMA as well and is a Heavyweight champion in both promotions. He’s currently 6th in the UFC Heavyweight rankings. So who is going to win the fight at UFC London?

Will Tom Aspinall put on another spectacular performance for his fans? Or will it be Volkov, who will ruin the party for the fans in the O2 arena by beating Tom Aspinall? Let’s find out.

Volkov is aiming for a winning streak after he bagged a unanimous-decision victory against Marcin Tybura in October after losing with a split decision against former interim heavyweight champion Ciryl Gane last June.

Meanwhile, Aspinall has maintained an impressive winning streak for 6 years, winning 7 times in a row, including 4 straight in the UFC that were all finishes, with only 1 reaching the second round. Aspinall can go for a title fight if he makes it past the Drago.

So far in his career in the UFC, Aspinall has put up quite a show. The champion hailing from Liverpool has initially branded a British version of Frank Mir when he made his appearance in the octagon for the first time in 2020. Since then, he has relied on his striking skills rather than grappling.

He successfully defeated Jake Collier and Alan Baudot in his first two bouts. While he took out Andrei Arlovski with a rear-naked choke, the submission was set up with a knockout. He has recently defeated Sergey Spivak with a cold knockout adding another performance of the Night bonus award. This is his 3rd performance of the night award.

Aspinall is a skilled boxer with a heavy hand who also has an impressive ground game as backup, something that hasn’t been witnessed on the big screen yet.

The question here is how will He deal with the length and reach of Volkov, who is about 2” taller than the Brit and holds and has a better reach advantage.

‘Drago’ has been in the UFC now for more than 5 years. While He has never quite made it to a title shot yet falling at the last hurdle to Derrick Lewis, Curtis Blaydes, and Ciryl Gane, He has defeated every other opponent he has been in the octagon with and has only been finished twice.

Volkov usually has the tendency to use his jabs to deal with his opponents but he has also developed an impressive takedown defense which will come in handy against Aspinall’s grappling skills.

With both of them aiming to climb up the rank ladder, the audience can expect an exciting battle between these two heavyweights. However, it’s very likely that Tom Aspinall will come out victorious at UFC London with a finish over Volkov. Aspinall has looked phenomenal in his UFC career so far and he is truly the next generation of heavyweights along with the likes of Ciryl Gane.