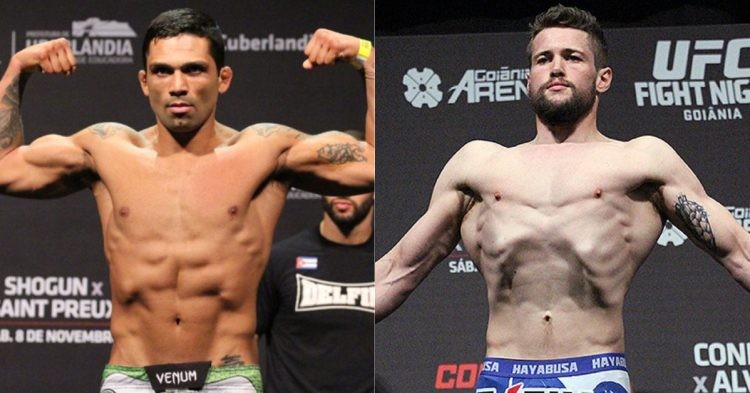 UFC is back with its second event in the United Kingdom this year which will take place on July 23rd at the O2 Arena in London. This UFC London event is headlined by a mouthwatering heavyweight clash between Curtis Blaydes and Tom Aspinall and also features the crowd’s favourite Paddy Pimblett.

However, apart from these high-profile main card fights, there are several other exciting matchups on the card that are sure to entertain the viewers. One such matchup is the three-round welterweight bout between Claudio Silva and Nicolas Dalby that will kick off the prelims of UFC London.

Taking a look at their recent results, both the welterweights are coming off a loss in their last fight. Court McGee dominated Hannibal on all fronts to win the fight via unanimous decision. Similarly, his upcoming opponent Nicolas Dalby was outclassed throughout the three rounds in his last fight against Means.

It is needless to say that both Silva and Dalby will be under tremendous pressure as they have to secure a win to solidify their stay in the UFC. As we move ahead, let’s compare the stats of the two welterweights that will collide against each other in the prelim opener of the UFC London event.

Claudio Silva has faced a lot of ups and downs in his UFC career after making his debut in 2014. Hannibal defeated tough contenders like Leon Edwards and Brad Scott and made a statement in the welterweight division. However, he had to stay out of the fight game for over four years due to various injuries.

Despite losing a valuable amount of time due to injuries, Silva made a strong comeback and picked up three consecutive submission wins. Although his run came to an end against Jame Krause in 2020 and he suffered his second straight loss in his last bout against Court McGee.

On the other hand, Nicolas Dalby who had a terrific MMA record of 16-0 before making his UFC debut has delivered many underwhelming performances in the UFC. The Danish Nightmare has only managed to win three times in his nine fights so far.

Dalby’s inconsistency is his biggest problem and it could haunt him if he’s not putting his best foot forward inside the octagon. Assessing from the striking point of view, Dalby has an advantage over Silva as both his striking output and defense are higher than his opponent.

But when it comes to the ground game, Claudio Silva is a big submission threat and his finish record of nine wins via submission is good enough to showcase his skills. Unless Dalby manages to stuff all the takedown attempts of Hannibal, the likelihood of him winning this fight is very low because of Silva’s ground game combined with his decent striking skills.