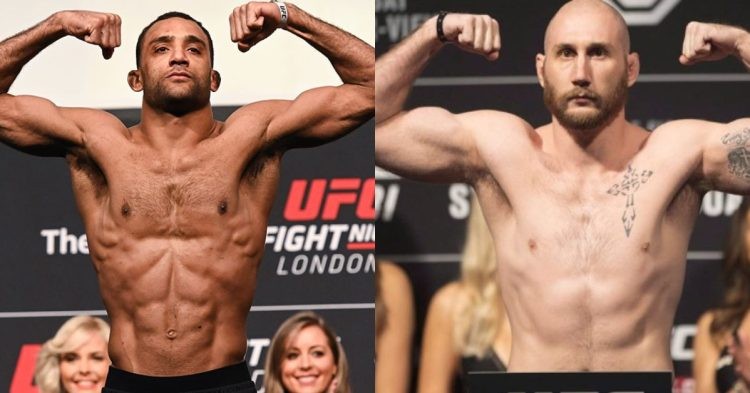 UFC London: Blaydes vs Aspinall is all set to go down this weekend on July 23rd at the 02 Arena in the United Kingdom. Just like the previous fight card, this event features several mouthwatering clashes that have the potential to keep the viewers on the edge of their seats.

One such bout is the three round preliminary matchup between Jai Herbert and Kyle Nelson that will take place in the lightweight division. The Monster will be making his return to the UFC octagon after two long years.

Going into this fight, both the lightweights have a poor UFC record. Jai Herbert suffered a brutal knockout loss against Ilia Topuria in his last bout. Kyle Nelson faced a similar fate in his last matchup as Billy Quarantillo put him to sleep with a vicious punch.

With recent results not going their way, this fight becomes very crucial as a loss would probably put their UFC career at risk. Therefore it would be fascinating to see who emerges on top in this three-round lightweight contest.

Fight fans can expect a violent war in this three-round prelims matchup between Jai Herbert and Kyle Nelson because both these lightweights are extremely aggressive. Despite their poor form, they have managed to raise the crowd on their feet with their high level of striking.

The biggest example is Jai Herbert’s recent fight where he almost knocked out Ilia Topuria in the initial stages of the fight. However, the problem with Herbert is he overextends when he has an advantage and that is the biggest reason for his downfall.

But fans can expect him to get his hand raised by the referee in this matchup as he has a significant reach advantage which will be useful while striking and besides, Herbert is the more active fighter amongst the two. Poor durability along with being out of the game for almost two years could hurt Kyle’s chances significantly in this matchup.

Unless Herbert exposes himself while going for the knockout, the likelihood of him winning the fight is extremely high as he has the power and skills to outclass Nelson on the standup.