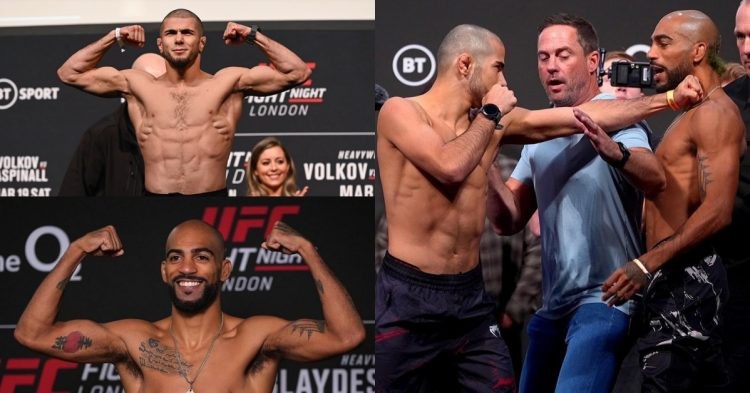 The undefeated Muhammad Mokaev is perhaps the next big thing in the UFC men’s 125lbs division. He is an excellent grappler with 3 submission wins in 7 fights already. But Mokaev has good power behind his punches too as the Dagestan-born fighter has 2 knockout victories under his belt as well.

Charles Johnson is the former LFA Flyweight Champion. He will be coming into the UFC on the back of 4 straight wins. He currently trains at Tiger Muay Thai. Johnson has 4 submission wins and 4 knockouts in his career. He will be looking to add to that and make a name for himself in the UFC.

It is no secret that UFC is high on Muhammad Mokaev. He is one of the brightest youngsters in a division which is full of exciting fighters like Deiveson Figueiredo, Brandon Moreno and Kai Kara-France. Hence, Mokaev’s addition to the top of the division seems the perfect way to garnish up the already spicy division.

Whereas the fighters mentioned above rely on their striking put their opponents away, Mokaev is an exception. He is well-versed in both striking and grappling. For example, in his first UFC bout, Mokaev knocked down his opponent with only the second punch that he threw.

It was enough to neutralize his opponent and Mokaev sensed the opportunity for a finish. He jumped in and locked in a guillotine choke and finished Cody Durden off within 60 seconds. It made an excellent impression on the UFC fans and it made some spectators call him a future champion in the 125lbs division.

But he will face a very decent challenge in his next fight against Charles Johnson. As mentioned above, he has good stats both in terms of striking and grappling. On top of that, Charles is much more experienced than Muhammad Mokaev. Johnson will not go down easily and it will be perhaps Mokaev’s toughest challenge yet.