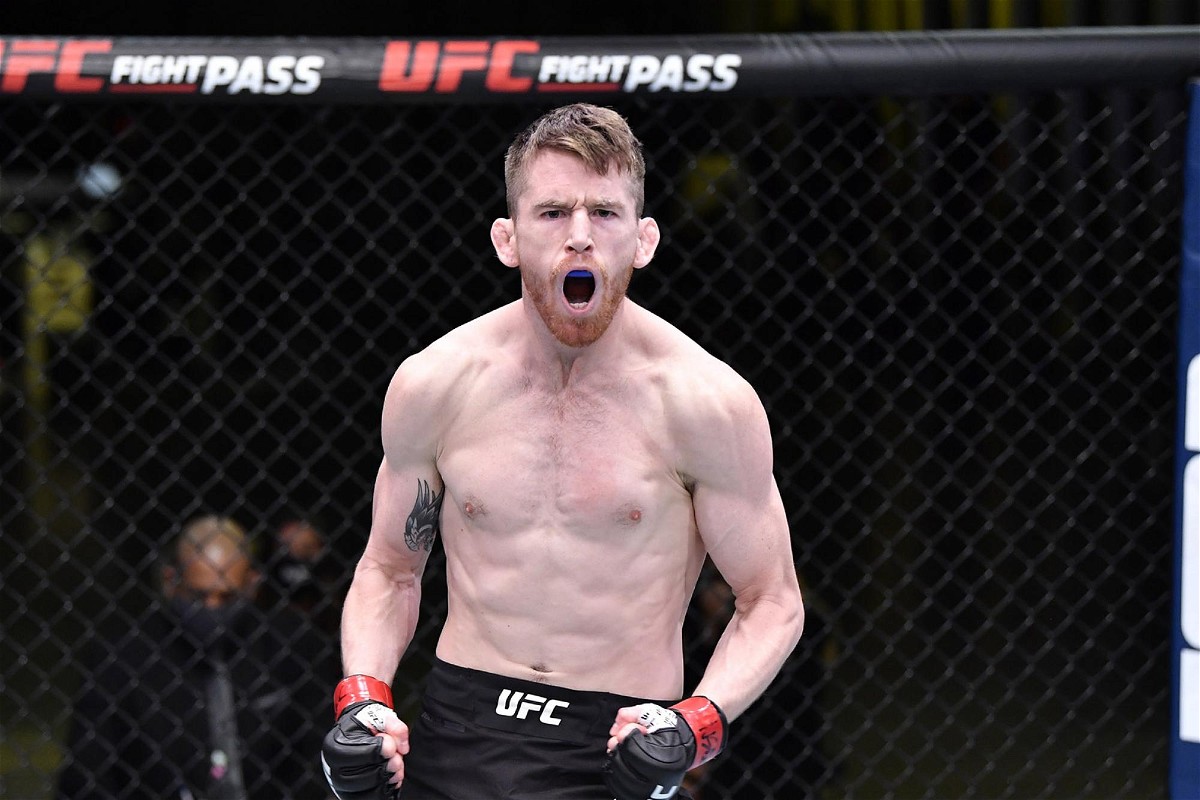 Cory Sandhagen put up an incredible performance against arguably one of the greatest bantamweight fighters of all time in the form of TJ Dillashaw in the UFC Vegas 32 headliner.

Both the fighters displayed an elite level of mixed martial arts in what was a five-round of war between both the contenders. However, after everything was said and done, it was Dillashaw who edged past Sandhagen to pick up a split decision win over Sandhagen.

Needless to say, with back-to-back stoppage wins over the likes of former champion Marlon Moraes, and Frankie Edgar, Sandhagen was well on his way to fight for the championship belt next. However, the loss definitely puts him on the backfoot, with Dillashaw definitely getting a shot at the title belt next.

Be that as it may, Cory Sandhagen revealed in an interview backstage with Megan Olivi that UFC matchmaker Sean Shelby has promised him another title fight.

“Sean Shelby just talked to me in the back, I made him pinky promise me that I am still one fight away from winning the title. He came back, he said, ‘There’s nothing I can do about that but I promise you are one fight away from the title.’ So I said, ‘I am gonna make you pinky promise me,’ and he did, so that’s what we are looking at.” Sanhagen said.

Who’s next for Cory Sandhagen after a disappointing loss against TJ Dillashaw at UFC Vegas 32?

There are a lot of exciting options for Cory Sandhagen going forward in his UFC career, however, the one that makes the most sense is definitely Rob Font.

Rob Font has been on a cruise ever since returning to the UFC Octagon. Font picked up a stoppage win over former champion Marlon Moraes and followed it up with a dominant performance against former bantamweight champion Cody Garbrandt in his last fight. Rob Font has looked incredible and has a definitive reach that could play well with the tall Sandhagen.

Rob Font is placed #3 in the UFC’s bantamweight rankings, and while he might slip to the 4th position after new rankings are updated, it’s safe to say that both Font and Sandhagen are just one win away from a title shot. It is an exciting match-up and one that is bound to get the attention of fight fans around the world.