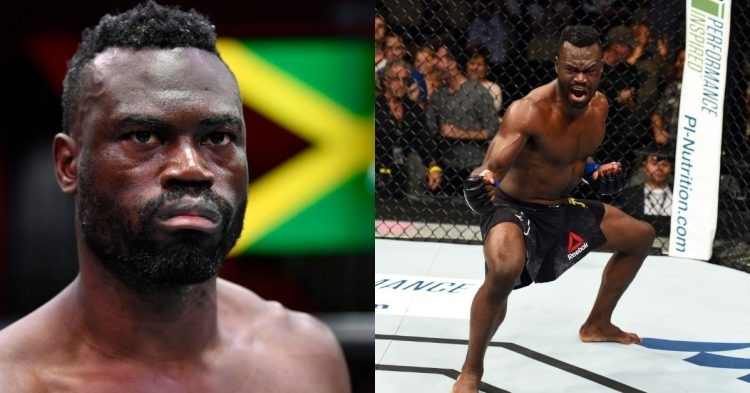 UFC Middleweight fighter Uriah Hall has decided to hang up his gloves. Hall, who was a highly-rated talent during his stint at The Ultimate Fighter 17, ends his MMA career with a record of 17 wins and 11 losses in his 28 fights.

But he ends his career on a two-fight losing streak as he lost to Andre Muniz and Sean Strickland. However, he was on a magnificent 4 fight win streak before that which included wins over the likes of Bevon Lewis, Antonio Carlos Junior and the former champs Anderson Silva and Chris Weidman. His UFC run ultimately ends with a record of 10-9.

Uriah Hall is officially RETIRED from the UFC pic.twitter.com/mb85SGXufN

The 38-year-old put out a statement and elaborated on his decision to retire. His only regret is that he did not win the UFC title. However, he felt that the time was right for him to walk away from the sport that he absolutely loved. He also thanked his friends, family and the UFC in his statement. But he gave a special shout-out to Dana White.

“Lastly, I want to specifically thank Dana White for giving me the opportunity to collide with modern day gladiators. Thank you for always supporting me thru the good and the bad…” (read his full statement here)

Is Uriah Hall the biggest wasted talent in UFC history?

For fans who are not familiar with the Anderson Silva era, Hall was considered the kryptonite for the Spider. During his run in the TUF house, Hall knocked out Adam Cella with a spinning hook kick which still features in the list of greatest knockouts in UFC history. His great run famously prompted UFC President Dana White to say that only Anderson Silva is good enough to face Hall in the Octagon.

However, that was unfortunately the highest point in his career. He lost the finale to Kelvin Gastelum via split decision in a close fight. He followed it up with another split decision loss against John Howard on his main roster debut. Although he holds victories against the likes of Chris Leben, Thiago Santos and Gegard Mousasi, Hall never fulfilled his potential.

He ultimately got the Anderson Silva fight when Silva was at the end of his time in the UFC. Despite possessing some of the best striking skills in the division, Hall became very conservative towards the latter part of his career. It made Dana completely change his tune and call Uriah the most ‘gun-shy’ fighter in the UFC.

If he could maintain his consistency, there is no doubt that he had the potential to end his career with a much better resume. However, it’s all in the past and here at SportsManor, we congratulate Uriah Hall on having a lengthy career and wish him all the best for his future endeavours.