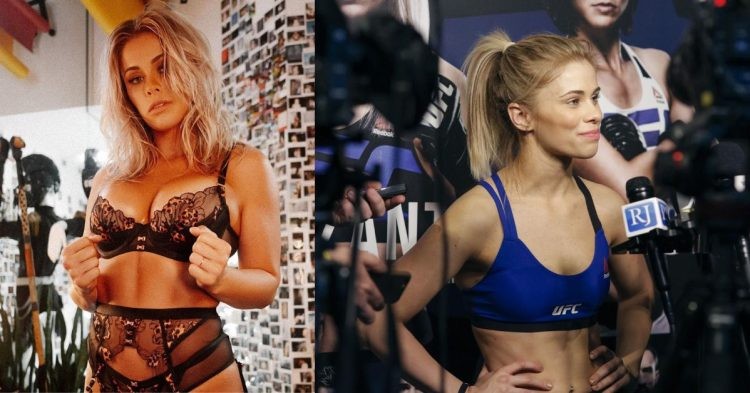 Former UFC Flyweight contender Paige VanZant announced she’s joining Only Fans, a site where fans who subscribe will have access to exclusive content about Paige. VanZant joined BKFC after leaving UFC but lost both of the fights and then transitioned into pro-wrestling, AEW where she currently competes.

Paige is known for sharing her sultry pictures on her social media which her fans love. The fighter has a whopping 3.2 million followers on Instagram where she posts frequently. Other than being a fighter, Paige is a businesswoman and has her merchandise, and supplements which she sells online.

However, her decision to join OnlyFans could be because of her failed career and continued losing streaks in combat sports. AEW is an exception here and we are focusing more on MMA. She started her MMA career back in 2012 and after two years she got the chance to fight in UFC.

Paige competed in the UFC until 2020, where she had a record of 5-4, and then she joined BKFC. In 2021, she fought two fights in BKFC and lost both of them, then joined All Elite Wrestling, where she is making a name for herself.

🚨Officially on ONLY FANS!!🚨 And to kick it off I am making my site FREE this weekend ONLY!!!! Come for exclusive content, training videos and SO MUCH MORE!!!! I’ll be online all day today ready to chat 🙂 See you there 💋😘 https://t.co/Epa3iJUqSX pic.twitter.com/jZWEG88Ihb

Recently taking to Twitter, the former UFC contender announced her move to the adult subscription page, OnlyFans, and also mentioned that her account will be free for the upcoming weekend.

What Happened to the Fighting Career of Paige VanZant?

Paige VanZant made her debut in the UFC when she was 19, but she has ventured into other shows from Dancing with the Stars to Chopped to MTV’s Ridiculousness. After she departed from UFC, she signed for Bare Knuckle Fighting Championship, and after losing her only two fights in BKFC, she appeared in AEW, a pro-wrestling promotion.

Many fans have wondered if her fairly declining fighting career made her join Only Fans. Although she has earned more money by appearing in multiple reality shows than in her entire UFC career, she will be looking to return to fight again, but this time in BKFC.

It is then that Paige decided to move up to flyweight as she was dealing with ugly weight cuts. However, ’12 Gauge’ had repeated problems with injuries and following a few losses, the UFC decided to cut her off from the promotion.

Paige amassed a 1-2 record at flyweight before departing from the UFC, where her last bout was against Amanda Ribas at UFC 251. VanZant lost via submission in round one. Effectively, her record was 2-4 in her last six bouts.

As for her fighting career, she is still signed with BKFC, where she has yet to pick a win since her first two losses.