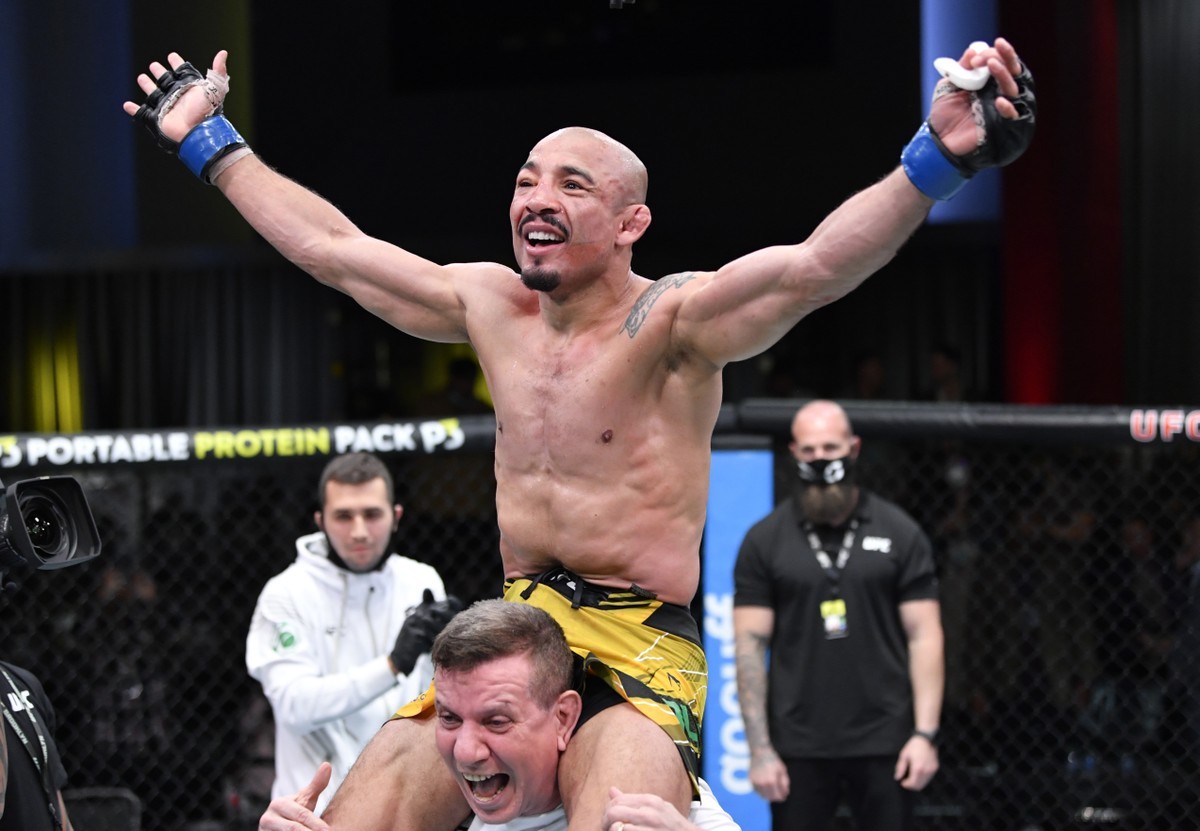 The UFC Vegas 44 event turned out to be a great success as the main event between Rob Font and Jose Aldo was an illustrious bout. Both fighters went all out against each other in a very crucial bantamweight bout. However, the Brazilian came out victorious. Aldo registered his 31st professional MMA win via unanimous decision.

Before the fight, Font (19-5) was on a four-fight win streak but failed to continue it this time. On the other hand, Aldo managed to get his third consecutive win and negate his earlier losses.

Font started off the fight fiercely by charging forward with jabs and effective combinations. He was successful in pushing Aldo back to the cage and hit with an uppercut. Aldo tried to maintain the distance and countered with some calf kicks, but it didn’t stop the American from continuing his charge. 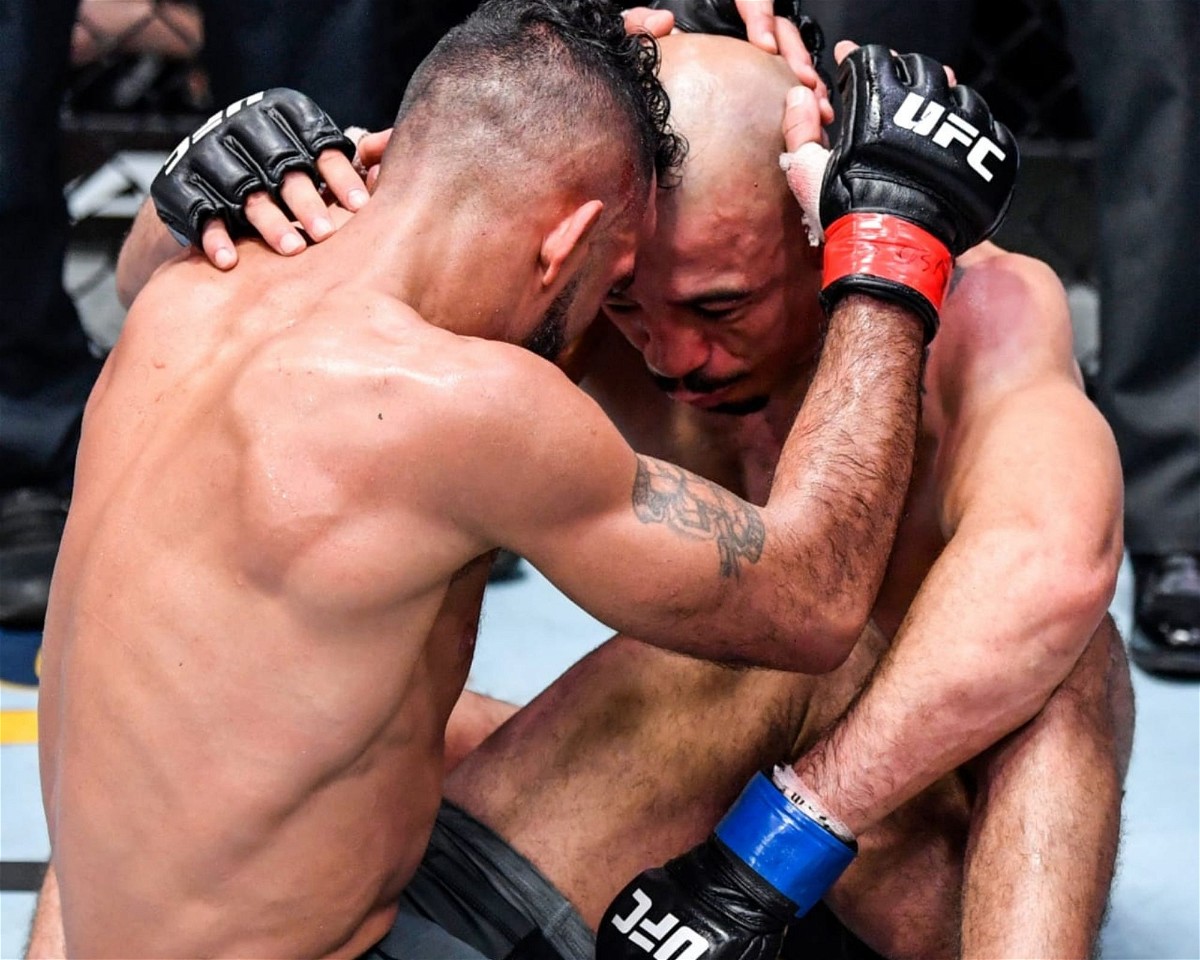 Jose Aldo had the advantage of power over Rob Font’s volume:

Font managed to trip Aldo and take his back in order to get into a dominating position, but the Brazilian wasn’t ready to give it up and got back to his feet. As Font kept on pressuring and searching for opportunities, the former champ showed his craft with a powerful right hand that shook Font in the last 10 seconds.

In the second round, Font rebuilt his game plan and again started charging towards and landing as many shots as possible on Aldo. But it never bothered Aldo, as he countered it with tremendous jabs that were enough to rock the American. Although Font was effectively landing more strikes and outranking Aldo in terms of volume, the sheer disadvantage in power between the fighters was clearly visible. 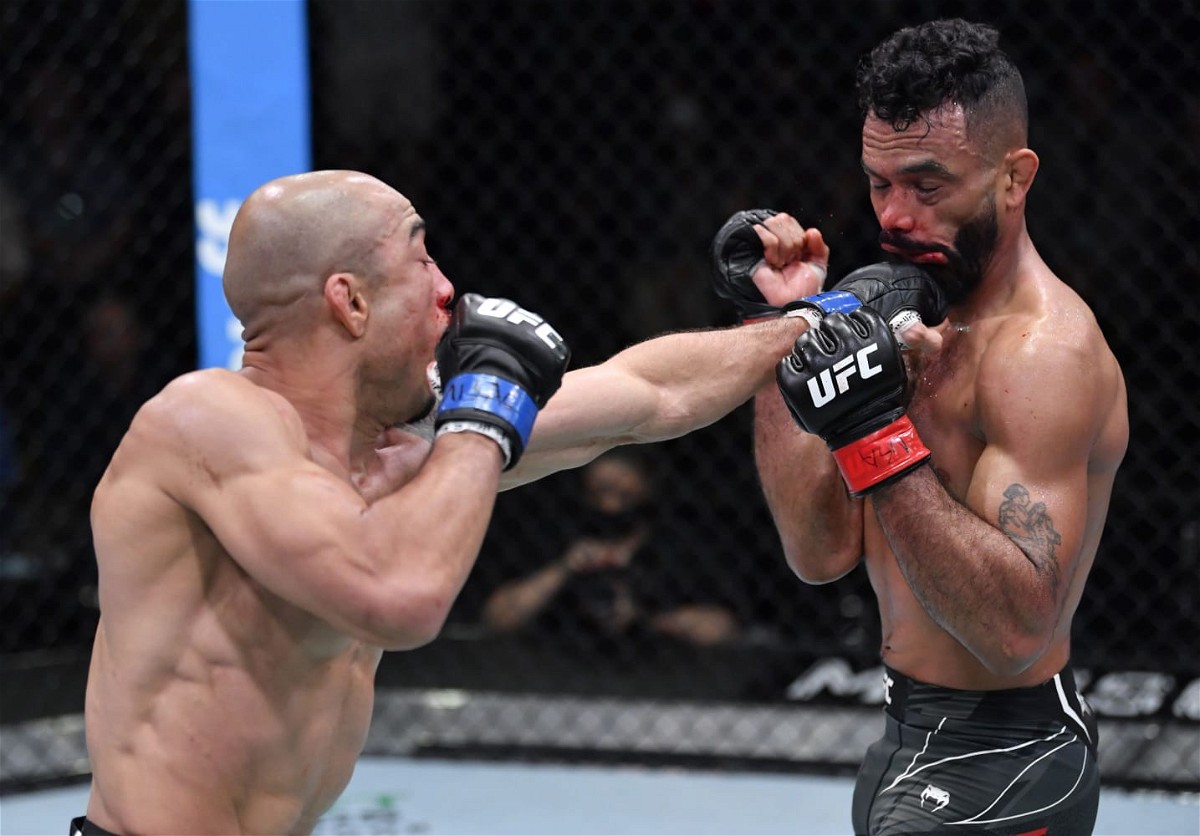 After Aldo’s coach asked him, Jose started delivering those vintage leg kicks that gave Font great damage. Font tried for some desperate takedowns but failed. On the ground, Aldo was constantly holding a strong position, giving his opponent zero chances to recover.

Both the fighters were tired and damaged by round 4. Hence, it became quite hard for Font to do something that could have changed the course of the fight. Moreover, in the final moments of the fight, Jose held his position to win the fight by unanimous decision.

Conventionally, Aldo has always preferred his game plan on the feet. The Brazilian has excellent abilities when it comes to striking and leg kicks. But now, it seems like Aldo has evolved his fighting style and has focused on his ground and pound.

This was also visible in his last fight against Pedro Munhoz earlier this year. In the fight with Font, Aldo was clinical. He was highly effective on his feet as well as on the ground. This addition to his skill set will only help the legend become more dangerous. It will be interesting to see what more Aldo is willing to bring into his game as he continues his journey to becoming the bantamweight champion.