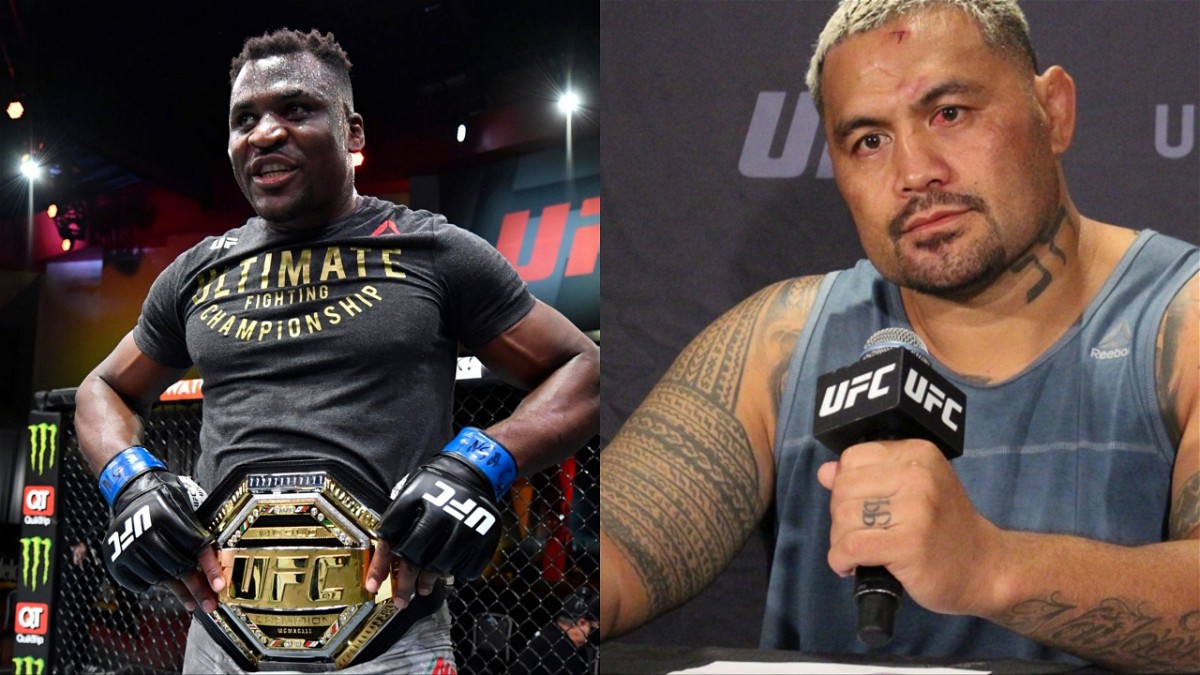 Former UFC heavyweight fighter Mark Hunt has shared his views on the contract dispute between the company and the heavyweight champion of the world. Francis Ngannou has been very local about the lack of freedom for UFC fighters who sign long-term contracts.

During an interview with the Australian outlet ‘Submission Radio,’ Hunt spoke on his personal experience with the UFC and commented on the lack of pay for its fighters. He had a stint of 18 fights in the company and had a record of 8 wins, 8 losses, 1 No contest and 1 draw.

At the end of his contract, Hunt had a very public fallout with the UFC regarding his fight with Brock Lesnar. Hence, the Samoan is no stranger to being at odds with the company. He revealed that UFC is exploiting its fighters.

Although both fighters were in the UFC at the same time, they never crossed paths. However, the 47-year shared a funny story regarding the heavyweight champion in the interview. Mark revealed Ngannou’s first reaction when they met.

“I have not spoken to Frances I’ve only met him one time in Vegas. His first reaction to me was I would like to fight with you. I said yeah of course (that) is not up to me but anytime,” added Hunt.

He also shared his opinion on what Francis Ngannou should do next. “With Ngannou, of course, he should sit out. Of course, he should look at his other options. To be the Man in MMA, getting paid $500,000-$600,000 is a freaking joke!”

Francis Ngannou is currently on the sidelines with a knee injury which might rule him out for a year. However, he was recently seen talking about a potential fight with Jon Jones. Hence, it is unclear at the moment as to where the champ is heading. However, the fans would love to see him back in UFC as the biggest fights in MMA are only possible in the biggest MMA promotion.