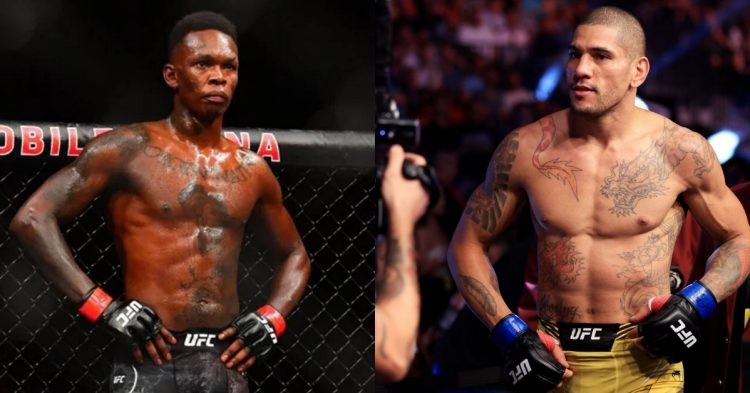 Israel Adesanya finally knows the challenger for his middleweight title and it is his former foe, Alex Pereira. Alex has taken giant steps towards the UFC gold after only 3 fights in the company. In a recent interview, Pereira spoke about his rise to the top and the importance of self-belief to prove Israel Adesanya wrong.

At UFC 276, Poatan made a huge statement and knocked Sean Strickland out in the first round. Not only did it earn him the title shot, but it also introduced the fans to how devastating Pereira’s power can be. But someone that does not need any introduction to Alex’s power, is the 185lbs champ Israel Adesanya.

‘The Last Airbender‘ had two chances to beat Pereira in kickboxing. In their second fight, Adesanya got knocked out in the third round with a brutal left hook. Although Izzy went on to have a very successful career in Mixed Martial Arts (MMA), he did look back on the losses.

He stated that Pereira will be telling the stories of his wins over Adesanya while drinking with his friends in a bar. It looks like Pereira took it very personally. In a recent interview with Combat, Pereira said,

“Two years ago, Adesanya said that I would be in a bar sitting with my friends drinking and telling them that I’ve beaten him twice. He never believed I would be here and so fast. And look, the world goes round and round and I will fight him in the next fight.” (h/t via Best.Casual.MMA)

Can Alex Pereira bring the best out of Israel Adesanya?

Although there can be no questions or doubts about Israel Adesanya’s skills and temperament, it has to be said that he is not the most entertaining fighter to watch. Fans pointed out a stat recently that reveals why there may be a touch of frustration while watching his fights. The 32-year-old has the second-worst finishing rate amongst the current UFC title holders.

However, a lot depends on the opponents as well. In his very first title defence, Adesanya took on Yoel Romero at UFC 248. It is often regarded as one of the worst title fights in UFC history. But a lot of blame has to be put on Romero as well. By principle, both were counter punchers and neither took the initiative to lead the charge. Hence the fight turned out to be a bit of a mess.

But Adesanya excelled against Paulo Costa who stood infront of him and tried to exchange with him. So was the case with his first fight against Robert Whittaker at UFC 243. Whittaker was reckless in his approach and Adesanya got rid of him in two rounds. But he gets stuck whenever the opponent takes a defensive approach. But Israel is still good enough to get the job done.

Alex Pereira will certainly not emulate the approach that Jared Cannonier had at UFC 276. He will move forward and push the pace. It will force Adesanya to fight in a different style which is much more exciting. It will also increase the chance of seeing a finish. On top of that, he will be motivated to win against Pereira due to their history.

Do you think Alex Pereira’s fighting style will bring Israel Adesanya out of his shell? If he does get into a brawl, how do you see the fight playing out? Let us know in the comments down below.