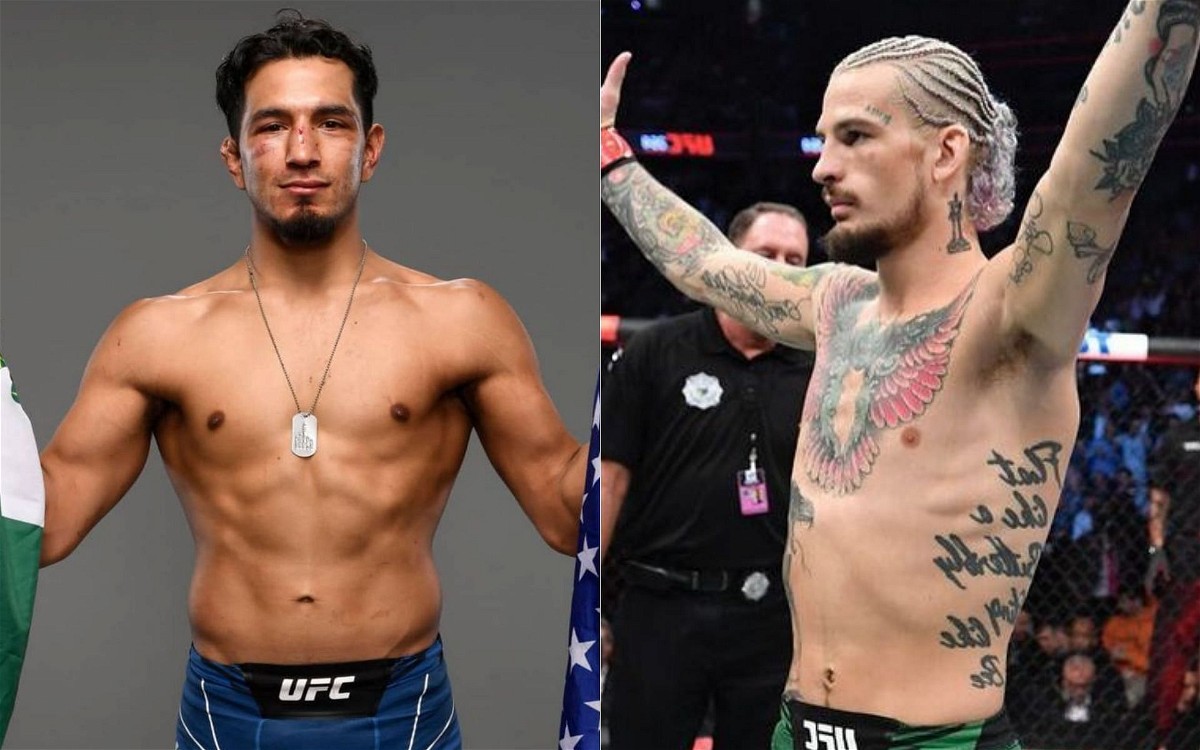 Adrian Yanez took on British bantamweight fighter Davey Grant to kick off the main card of UFC Vegas 43. Interestingly, this fight exceeded all the expectations of fight fans as they engaged in a brutal war that lasted for three rounds.

In the end, Yanez edged past Grant in what was a nail-biting fight. After Adrian Yanez’s split decision victory against the British fighter, bantamweight rising star Sean O’Malley expressed his interest in facing him next.

Soon after the fight, The Suga Show went on Twitter and said: ” ????March”. Thereafter, Sean O’Malley confirmed that he wants to fight Yanez by replying to Aljamain Sterling’s tweet.

After displaying an impressive performance against the tough Davey Grant at UFC Vegas, Adrian Yanez was asked for his thoughts regarding Sean O’Malley calling him out for a fight.

While speaking at the post-fight press conference, Yanez responded to this callout by saying “Yeah, I would definitely fight Sean O’Malley,”

However, Adrian Yanez also took a dig at Suga Show for cherry-picking opponents and avoiding ranked fighters. “Right now he says he wants to get a ranked opponent and all that stuff but he’s dodging all these other ranked opponents. Let’s dive into that one right quick.”

So, Sean O’Malley says, ‘OK, let me go out there and let me fight a top-ranked opponent.’ But then he gets Thomas Almeida, who had been on the shelf for a couple of years. Then he gets on a (losing) streak and knocks him out.

But it takes him three rounds to do it against the guy that is coming off the couch (Kris Moutinho). Talk about that. And then also, Eddie Wineland, who was also kind of just like off the couch for a long time, already at the tail-end of his career. (He) knocks him out. OK, cool. That kind of doesn’t really get no brownie points from me.”

It is true that Sean O’Malley has not faced any top-level fighters after his loss to Marlon Vera at UFC 252. Thus, it will be interesting if UFC schedules this fight between Sean O’Malley and Adrian Yanez. Because both fighters are excellent matchups and fight fans would love to see them brawl inside the octagon.