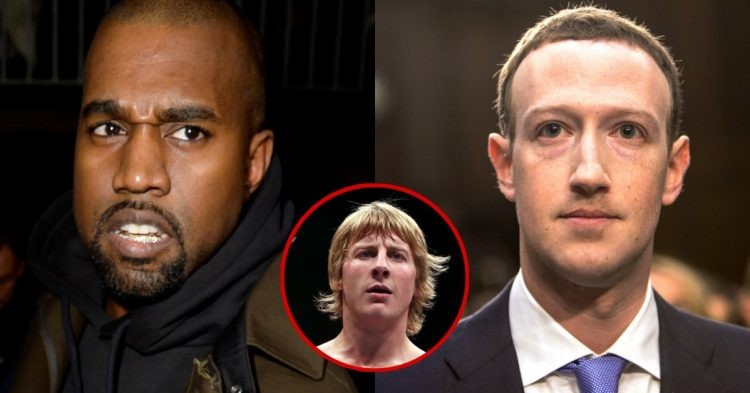 Kanye West is just making wave after wave in the world of social media. Kanye, who now goes just by ‘Ye,’ was recently faced with a ban on Instagram. However, in a world where there are plenty of platforms to express someone’s opinion, West reactivated his Twitter account and took a big shot at Instagram owner Mark Zuckerberg.

According to a report from The Hollywood Reporter, Kanye had violated Instagram’s user policies. Although the Metaverse correspondent did not point out which post they removed from Kanye’s profile, they have confirmed that the rapper will indeed face a restriction for a certain period of time for posting something which was regarded as anti-Semitic.

Earlier this year, Kanye had to go through something similar after he publicly released bits of his private conversation with his then-wife, Kim Kardashian. Since Kim’s decision to part ways with Kanye, the self-proclaimed ‘genius’ has been living on the edge. His recent ban from Instagram just highlights the struggles he has been going through.

Look at this Mark

You used to be my nigga pic.twitter.com/YQzjw01jur

In an interesting move, Elon Musk gave him a warm welcome back to Twitter. Musk, who is in talks to acquire Twitter, would obviously love to have a celebrity of Kanye West’s magnitude on the microblogging site.

Mark Zuckerberg recently made a public appearance at a UFC event

The man in question following this particular incident is Mark Zuckerberg. He was the man that Kanye West targeted following his ban on Instagram. Mark was recently spotted inside in Las Vegas attending a UFC event. Even that was riddled with controversy as UFC president Dana White initially denied the report of Mark’s presence.

The Boss & The Zuck 📸 #UFCVegas61 pic.twitter.com/WOEnGdaowi

However, the suspicions were high as UFC disallowed both fans and media from being present during the event. But when it was apparent that Zuckerberg was indeed present in the arena, it did not go down well with the fans. Mark does not have a 100% track record with the fighters either. Earlier this year UFC superstar Paddy Pimblett called out the entrepreneur.

Pimblett called Mark Zuckerberg the biggest bully in the world and asked for an explanation as to why his Instagram accounts were banned. So it does seem like Zuckerberg is not the most popular name these days.