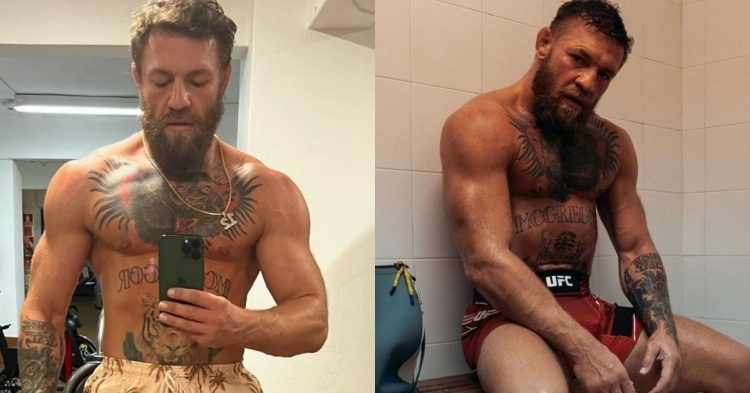 Conor McGregor has not fought inside the UFC Octagon for almost 15 months. In his last outing, Conor broke his leg in a fight against Dustin Poirier. However, not just his in-cage activity, it looks like McGregor’s USADA testing count has also been zero since then! A report from MMA journalist Aaron Bronsteter confirms that the 34-year-old is yet to be tested in 2020.

The Canadian journalist’s report comes after “cross-referencing” it with the UFC roster and USADA’s database. During his investigation, Bronsteter allegedly found that Conor is the only active fighter who is yet to be a subject of USADA testing in the current year.

After cross-referencing the entire active UFC roster with USADA’s athlete test history database, I found that Conor McGregor was the lone active fighter, (aside from some athletes who signed after Aug. 1) to not be tested by USADA.https://t.co/vn3W3z5CjQ

Fighters such as former UFC champ Ronda Rousey’s husband Travis Brown and John Hathaway have been tested by USADA. But the two mentioned fighters have not been in active competition since 2017 and 2014 respectively. Hence, the fact that McGregor has not been tested, does not bode well for the Irishman. So what are the circumstances where an active fighter is exempt from USADA testing?

Bronsteter has provided an answer for that as well! He has cited a section from UFC’s anti-doping policy which basically states, a fighter will not be tested if they are no longer under contract with the UFC or the fighter has expressed their desire to retire and has provided a written application for the same.

According to the UFC’s anti-doping policy, the only way McGregor would be exempt from testing would be if his UFC contract was terminated or he provided the UFC with written notice that he was retiring.

So it leaves room for speculation as to how Conor has evaded testing till now. Fighters who do not want to fight in the promotion, are swiftly taken off from rankings in their respective divisions. For example, Jose Aldo was taken out of the rankings as soon as he retired recently. However, Conor is still ranked 11th in the lightweight division.

Conor McGregor is still recovering from leg surgery. However, his head coach, John Kavanagh recently stated that McGregor is doing full strength training. Even the recent social media posts from Conor also suggest that he is in great shape at the moment.

But the shape Conor is in currently, is not particularly his fighting shape. The Notorious One has fought at featherweight, lightweight and welterweight during his UFC run. However, McGregor seems like he weighs much closer to 200lbs than 155lbs. Unsurprisingly, it has led to fans speculating if Conor is using any banned substances at present or not.

While some fans think the Dublin native is using prohibited substances to boost his recovery, others think Conor McGregor may just have retired without letting anyone know. That theory can not be dismissed entirely as he recently declined a $100 million boxing match offer against Floyd Mayweather.

Wild take : what if he’s retired and they aren’t announcing it cause it will mess with their stock price?

Shocker, the fighter most likely to be doping

What are your reactions to the matter? Do you think Conor McGregor is secretly doping? Or do you think he is done with fighting? Let us know in the comments down below.