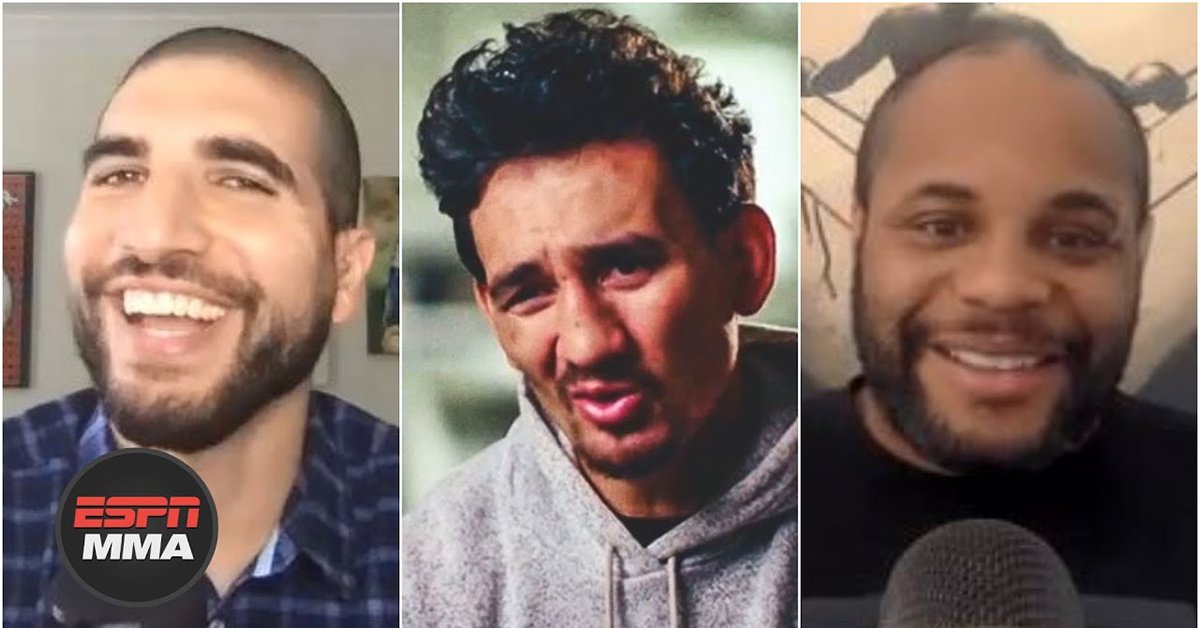 Former featherweight champion, Max Holloway recently broke the internet. However, this time the reason was not his phenomenal skills inside the octagon. Holloway caught fans’ attention for his hairstyle.

Fans have always seen Max Holloway with short hair ever since his UFC debut. However, the long quarantine has brought a significant change to the beloved UFC featherweight.

During the last UFC event, Dustin Poirier shined the brightest with his impressive win against Dan Hooker. Mike Perry looked incredible against Mickey Gall. However, Max Holloway was able to get the attention of fans including Daniel Cormier and Ariel Helwani.

In a recent episode of DC and Helwani, Daniel Cormier talked about Max Holloway’s quarantine look and stated:

“I think it’s amazing. he looks so tired though. That picture that we posted he looks so tired and fatigued. But that dude got some hair on his head. Who knew his hair could grow like that. Max looks like he lives in his mom’s basement, playing video games all the time and live streaming on twitch.”

As per Ariel Helwani, Max Holloway is keeping the same hairstyle for his long awaited Octagon return against the current featherweight champion, Alexander Volkanovski.

The Featherweight GOAT status is up for grab

Keeping the looks aside, Max Holloway does need to make some changes in his gameplan when he stands against Volkanovski in the rematch. In the first fight, Volkanovski fought a smart fight. The kiwi fighter did just enough to win the fight on the scorecard.

Despite Holloway having some success in the last two rounds, Volkanovski secured the victory to become the featherweight champion.

Holloway needs to be extra cautious this time around since Volkanovski is coming to make a statement in the rematch. The UFC featherweight champion is looking to d that has never been done before, which is knock out arguably the greatest featherweight of all time, Max Holloway.