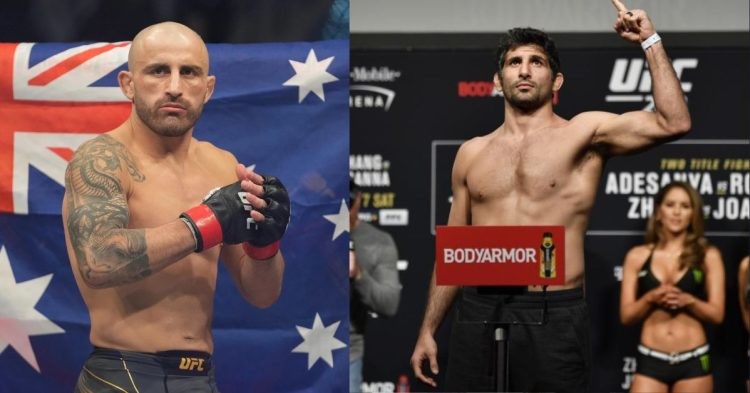 Alexander Volkanovski is now pound for pound one of the best fighter in the world. Due to this, he becomes a very desired fighter to compete against since he has the accolades every other fighter in and around his division aspires to have. Having an opportunity to compete against him is an opportunity to defeat him and attain the notoriety he possesses.

Since Dariush speculated he was guaranteed to be the backup for the 155-pound title match, he found it disagreeable that the featherweight champion would be the backup fighter for UFC 280. Even though it wasn’t stated in his contract, he claimed that his manager had told him.

Naturally, it will be very unpleasant for the fighter to hear such news. The same was evident when in an interview he expressed and weighed in on the situation. He stated, “I don’t know if he’s playing games or the UFC is playing games because I was told I’m the fill in.” On the main card of UFC 280, Dariush will continue fighting Mateusz Gamrot as scheduled.

For Volkanovski, he was asked to give his response to the comments made by Dariush. To which, he very reasonably responded that he likes the fighter and has nothing against him. However, he disagrees with the allegations of him playing mind games with him.

In an interview with Yahoo! Sports, upon being asked about the same, he stated, “I put myself in this position and nobody takes it away from me….I am the backup guy and it is as simple as that”

On the same card Dariush is fighting Mateusz Gamrot who is a formidable opponent in his own right. The featherweight champion had a few words of advice to focus on his upcoming fight rather than the main event. He hopes the the fighter is not overlooking the challenge he has in front of him.

Alexander Volkanovski desires to be the next double weight world champion

Volkanovski desires to be a dual weight champion but gave the reassurance that he would like to defend both his own title and the lightweight championship in the future. Additionally, he has no intention of accepting anything less.

The UFC lightweight championship is now vacant because Charles Oliveira, the most recent champion, was stripped of it after failing to make weight in time to defend his title against Justin Gaethje at UFC 274 in May.

Volkanovski believes that if the UFC does allow him to defend both championships, he will face a number of interesting opponents at 155 pounds. If he attempts and succeeds in such a goal he will be widely regarded as one of the best fighters of all time.