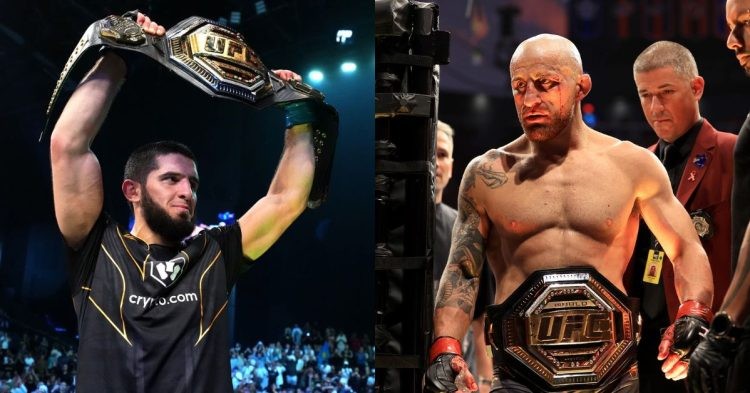 This bout will feature two of the best pound-for-pound fighters in the world. Makhachev is ranked #2 on the UFC’s P4P list preceded only by his opponent, Volkanovski.

Despite dominating the P4P rankings, Alexander “The Great” heads into this bout with certain disadvantages. For starters, Makhachev is 4 inches taller than the featherweight champion. Volkanovski stands at 5’6″(168cm) whereas, Islam stands at 5’10″(178cm).

This has caused many people to opine that Volkanovski is undersized for the division. However, despite the height disadvantage, Volkanovski does have a longer reach. Volk has a 71.5″ reach whereas Islam’s reach caps out at 70.5″.

When it comes to the athletes’ size, Makhachev is quite obviously the bigger man. He, like Khabib Nurmagomedov, does not walk around at 155 lbs and needs to shed quite a bit of weight to make the 155lb limit.

Islam’s UFC 284 opponent also cuts massive amounts of weight to make the featherweight limit. Volkanovski has gone on record to say that he used to weigh over 200 lbs during his time as a rugby player.

Now that the physical differences between the two men have been highlighted, let’s see how these will affect the matchup at UFC 284.

How will the height and size disadvantages affect Alexander Volkanovski during the fight at UFC 284?

Moving up weight classes is never easy, and fighting the massively dominant champion of a weight class is even harder. Despite this, Alexander Volkanovski, who will be undersized and a debutant at lightweight, will make a claim for the title after clearing out the competition at 145 lbs.

The best weapon in Volkanovski’s arsenal is surely his striking. And in this area of MMA, it’s hard not to give Volk the edge. Despite his short stature, he has often outstruck opponents much taller than him with longer reaches.

Alexander is a master at fighting in the pocket and moving in and out without absorbing any of his opponent’s offense. He showed this side of his game in the brutal wars he had against Max Holloway, one of the best boxers in the UFC. So the height and size disadvantage isn’t very likely to affect this area of the fight.

However, Makhachev is also an elite, well-rounded striker. At UFC 280, he knocked down Charles Oliveira with a textbook right hook before tapping him out. However, Islam prefers to maul people on the ground rather than keeping the fight on its feet.

He is one of the lightweight division’s best wrestlers and grapplers. And in this aspect of the fight, Islam’s size will come in handy. His larger frame and potentially higher mass on fight night will give the Dagestani fighter better leverage in the wrestling exchanges.

A perfect example of this could be seen during Jon Jones’ fight with Daniel Cormier. The fight on the feet was pretty even. However, despite DC’s Olympic-level wrestling credentials, he did not have much success wrestling Jones’ because he was unable to attain the proper leverage to get him down.

And when Jon took down Cormier, he had an easier time keeping him down. Ultimately, anything really can happen in the UFC and maybe Volkanovski will surprise everyone. However, as things stand, the odds are stacked against the world’s #1 P4P fighter.

White Card in Soccer: When Is It Shown? 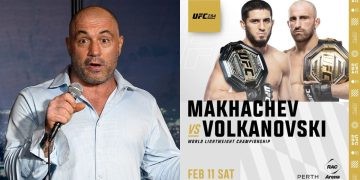 UFC 284 Commentators: Will Joe Rogan Be Present During Islam Makhachev vs Alexander Volkanovski? 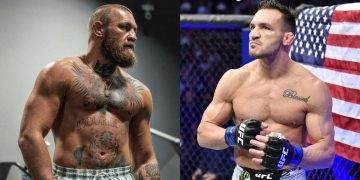