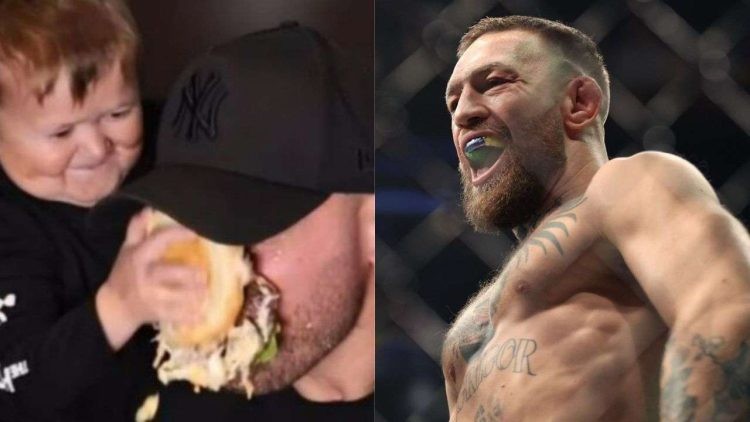 Alexander Volkanovski is pushing for a fight against Conor McGregor. Arguably the best ever in his division and now P4P the best fighter in the UFC, Alex wants to solidify his position as the best to ever do it. Moreover, Volkanovski wants to do it by beating the Notorious, Conor McGregor.

Despite his recent form and brutal injury, McGregor remains one of the biggest stars in the UFC. After all, the man was the face of the sport in his heyday. Thus, Volkanovski wishes to leave his mark and add another big name to his already impressive tally.


Speaking to fellow Aussie Dan Hooker on Fox Sports Australia, Volk discusses his next fight.“But then you’ve got that little bit on top where I’ve fought (Jose) Aldo, I’ve fought Max Holloway, every other champion in my division I’ve fought except for Conor McGregor.” Alex feels like a victory against McGregor would be the final deciding factor for his GOAT status.

Following his injury loss to Dustin Poirier at UFC 264, Conor has taken time off for his recovery. As such, his comeback at 170 is the most anticipated return for fight fans. “Even if it’s at 170, then I’ve done something that no one in my division has done,” adds Volk.

Dan Hooker also adds in stating why he feels Volkanovski should be first in line to fight Conor. “There’s only one way to show pound-for-pound and that is to fight at any weight,” Hooker said. “You go up to 170, he (McGregor) comes back, I think that fight sells – he’s still Conor McGregor, people can say whatever they want to say about him, he’s still very dangerous and … the guy’s following is incredible,” he adds.

Will Alexander Volkanovski Get His Shot At Conor McGregor?

Currently, Volkanovski is riding a 12-fight win streak in the UFC, dating back to 2016. He is far and ahead of any fighter in his division and is currently focused on leaving behind an incomparable legacy. In fact, with no clear fights currently on his radar, Volk has been enjoying himself.

You’ll have to go through me first, Leave my mate alone @TheNotoriousMMA pic.twitter.com/2kGet6kj9s

In a recent video, Volkanovski is seen getting pranked by Russian sensation Hasbulla. Although Hasbulla smashed a burger into Volk’s face, the Aussie took the prank well even with chili sauce in his eyes. However, Conor took an ugly jibe at Hasbulla, calling the Russian teenager a “gi*p”.

In a series of now-deleted tweets, Conor further demeaned Hasbulla, mocking his growth genetic disorder. The tweets prompted a response from Volkanovski, wanting a showdown with the Irishman. Is this the fight to make? We sure hope Dana White thinks so.