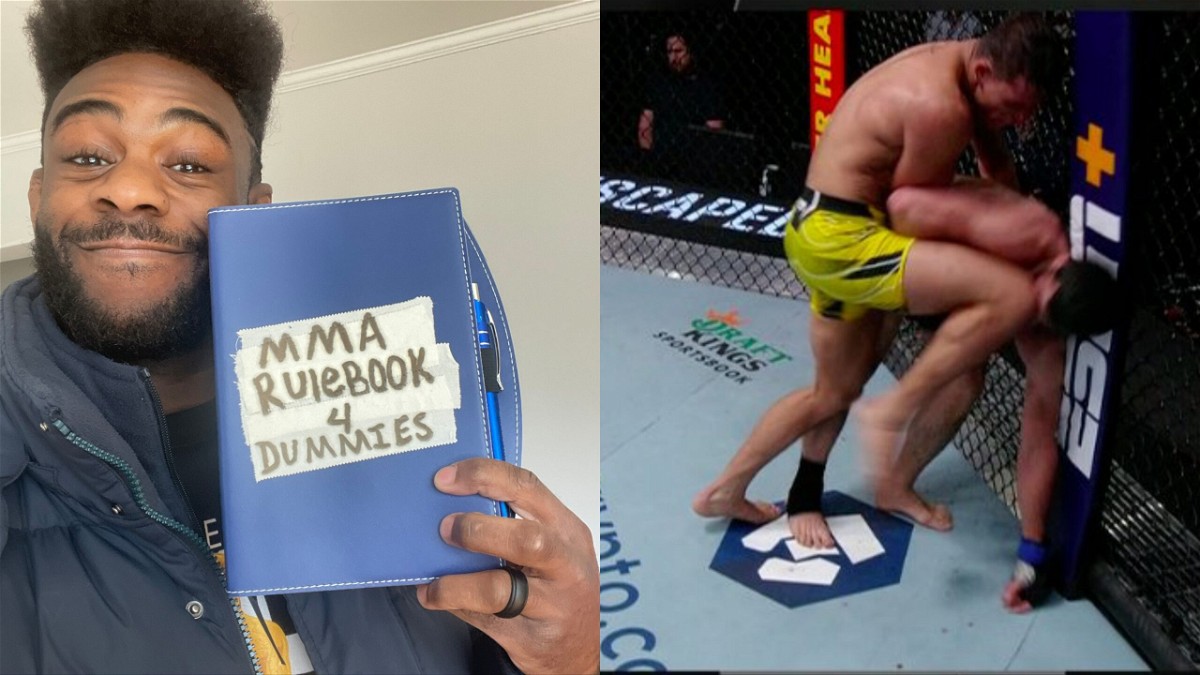 UFC Bantamweight champion Aljamain Sterling reacts to Caio Borralho landing an illegal knee in the co-main event of the night.

What were the odds for two technical decisions in one night? In a bizarre coincidence, the co-main event of the night between Caio Borralho and Gadzhi Omargadzhiev ends similar to the fight between Chris Barnett and Martin Buday.

The Brazilian did not face much adversity throughout the contest at all. Although Gadzhi was an accomplished grappler, Caio did not have problems dealing with the takedowns and got the upper hand himself at times on the ground. In addition to that, he was the better striker as well.

But, the impressive display in the Octagon will perhaps be overshadowed by the ending of the fight. In the third round, Gadzhi was backed up against the cage and had one of his hands on the mat. However, Borralho did not notice that and landed a knee on the head of Omargadzhiev.

It was deemed illegitimate as per the rules and referee Dan Miragliotta stopped the fight and asked the doctor to check on Gadzhi. Although the doctor gave him the clearance, Gadzhi refused to continue and the ref went to the judge’s cards. Despite being deducted a point, Caio Borralho won the fight via unanimous decision with 29-27 on all three cards.

The incident in tonight’s main event reminded the fans of the finish between Petr Yan and Aljamain Sterling at UFC 259. In that fight, Yan smashed in a knee while Sterling was on the mat. The blow was so severe that Petr Yan was disqualified and Aljo won the belt.

After Caio Borralho’s illegal knee, the 135lbs champion took to Twitter to slam all the people who mocked him for apparently acting like he was hurt. According to him, Borralho should not have won the fight. Aljo sent out a bunch of tweets regarding the matter.

I hope y’all give him the SAME treatment y’all gave me. Because apparently those knees don’t hurt ????????????‍♂️ Keep that same energy, folks!#UFCVegas51

It’s a flawed system. The unified rules need to be reviewed. Lots of updates need to happen. https://t.co/la29gWFx4z

Despite all the controversy, Caio looked very good tonight and it was evident that he was the better fighter. But the finish highlights that there need to be clear rules about what happens when a situation like this arises. Otherwise, such controversial decisions will forever plague the sport.