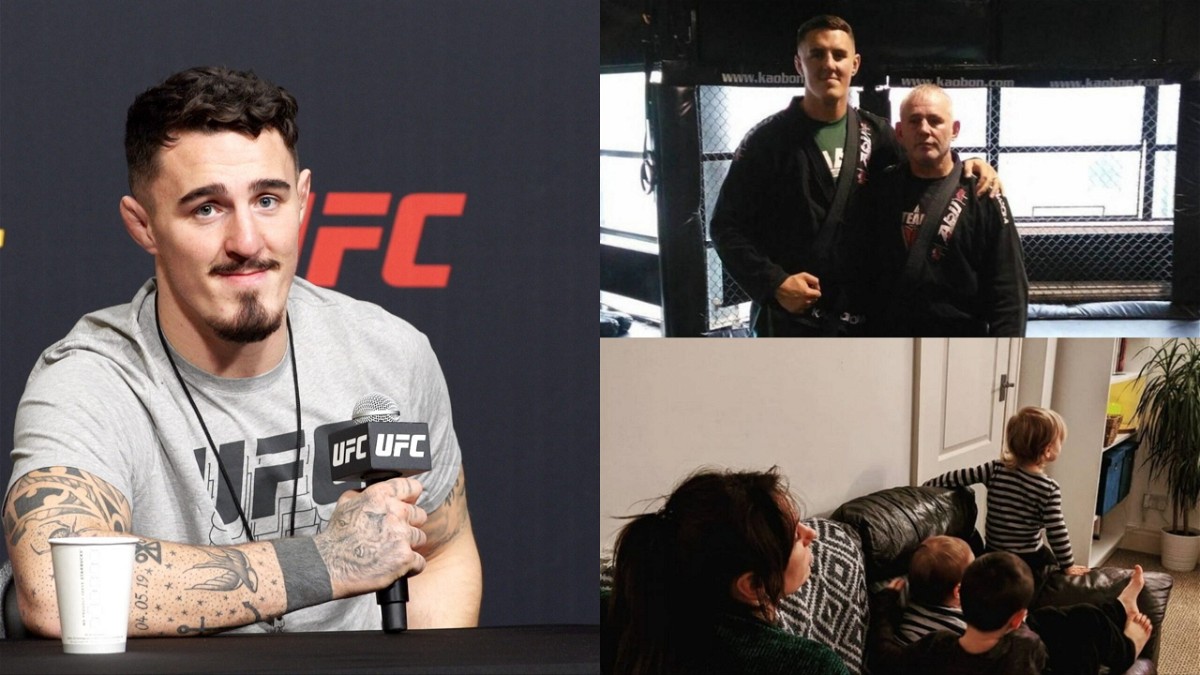 Tom Aspinall is just hours away from stepping inside the Octagon to fight Alexander Volkov at UFC Fight Night London. It will be the first time for him to fight in his home country under the UFC. To make the occasion even bigger, it will be Aspinall’s first main event for the UFC.

Aspinall has been on a tear since joining the UFC. All of his fights ended within the first round and his collective fight time only adds up to 4:49 minutes. Hence, the fight against Volkov will be a big step towards him aiming for the heavyweight gold.

The heavyweight champion Francis Ngannou just had surgery on his knee. Despite being injured he defended his belt against Ciryl Gane at UFC 270. It is expected that Ngannou will be out of competition for a significant period of time. In his absence, UFC may look to book an interim title fight. A win today may book a place for Aspinall in that contest.

Relationship between Tom Aspinall and his father

Tom Aspinall shares a special bond with his father, Andy Aspinall. During a recent interview with the UFC, the Manchester native spoke about how he got into the fight game. Aspinall senior is a Jiu-Jitsu practitioner who quit his job to become a part of ‘Team Kaobon’.

In the interview, he revealed that at a certain point, Tom was going to quit MMA altogether in favour of a real job to provide for his family. But ultimately Tom’s father encouraged him to keep chasing his dream. Inspired by his dad, the 28-year old stayed on track and finally made it to the UFC.

Tom Aspinall is the father of 3 beautiful children. However, he has not made the names of his kids public. But, in the video above, Aspinall did mention that two of his kids are twins. One of Aspinall’s sons was born on July 1st of 2016.

He appears to be a man who is very family-oriented. Tom Aspinall prefers to keep his personal life out of the limelight. At this point in time, there is no information on who Aspinall is dating or married to.