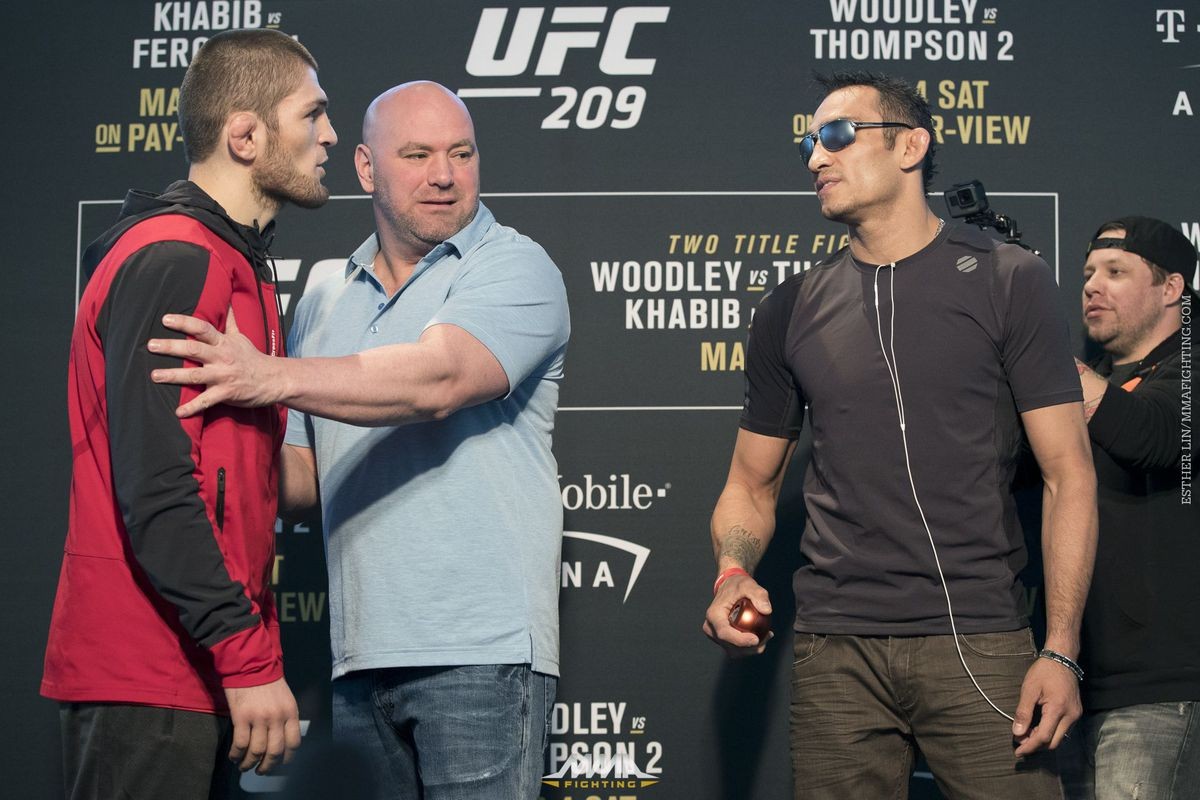 If you list down the fights that every MMA fan would love to see but it’s not going to happen, Tony Ferguson vs Khabib Nurmagomedov would certainly be on the top of the list.

After Tony Ferguson lost to Justin Gaethje and Charles Oliveira, this fight may not be intriguing to many fans. But when both Ferguson and Khabib were in a reign of terror in the lightweight division, this was a must-watch fight for every MMA fan. The hype behind this fight was unreal. However, this fight never came to fruition due to many unfortunate circumstances.

But, it does not seem Tony Ferguson is done with his rivalry with Khabib Nurmagomedov. Though there was never bad blood between these two lightweight elites did share some heated moments during the press conferences. Well, Ferguson continues the rivalry with Khabib with a recent post on Instagram. Ferguson posted:

Tony Ferguson vs Khabib Nurmagomedov, Who would have won had the fight happened?

After two consecutive losses to Justin Gaethje and Charles Oliveira, Tony Ferguson does not look as invincible as he once looked in the lightweight division. However, if the fight between Ferguson and Nurmagomedov had happened a few years ago, then who would have won?

Many fans believed that Ferguson would have beaten Khabib. And the biggest reason for that is Ferguson’s ability to generate unorthodox offenses on the ground. He is wild, unpredictable, and lethal everywhere the fight goes. But looking at his fight against Charles Oliveira, it’s hard to claim that Tony Ferguson would have out grappled Khabib Nurmagomedov.

Agreed that Ferguson took the Oliveira fight on short notice. But, Oliveira was able to secure takedowns against Ferguson quite easily. If we look at the fight between Tony Ferguson and Kevin Lee, Ferguson got taken down in that fight as well and Lee was winning the fight until Ferguson caught him with a submission.

If Charles Oliveira and Kevin Lee are taking down Tony Ferguson then it’s certain that Khabib will take him down relatively easily. Khabib will also have the upper hand in the grappling aspect of the fight as well. However, the unpredictability of Ferguson is what separates him from the rest. He might catch Khabib with an elbow or knee in the stand-up or clinch exchanges. Ferguson would certainly be able to damage to Khabib, but it’s hard to bet against Khabib if these two lightweights ever stepped into the octagon for a dream matchup.

“Do You Lift Bro?”- Stipe Miocic Breaks the Internet With His New Workout Routine 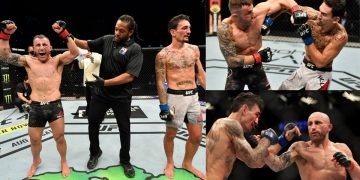