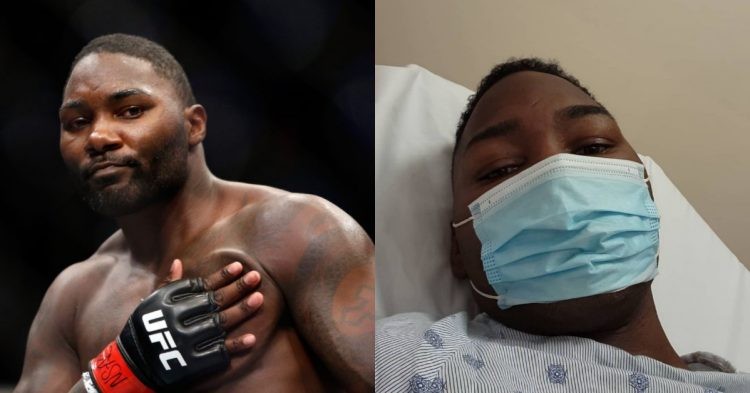 Anthony Johnson passes away at the age of 38. (Credit: Twitter)

Tragic news as former UFC light heavyweight title contender Anthony Johnson passed away at the age of 38. The news broke on the day after MMA fans were buzzing about the recently concluded UFC 281. MMA journalist Ariel Helwani shared the story on Twitter that Johnson died after a long-suffering illness, on November 13th.

Later, Yahoo! Sports reported the cause of death and stated that Anthony succumbed to organ failure. But why did the situation take such a tragic turn? Nicknamed Rumble, Johnson was reportedly suffering from non-Hodgkin’s lymphoma and hemophagocytic lymphohistiocytosis. The rare immune system disorder was troubling Rumble Johnson since 2021.

Anthony “Rumble” Johnson passed away today. He was 38 years old.

Johnson had been battling an illness for quite some time.

One of the hardest hitters and most talented fighters in MMA history. Gone way too soon.

May he rest in peace. pic.twitter.com/t5mVvRaNih

In December 2020, Anthony Johnson made the decision to snub the UFC and joined Bellator. Johnson had not competed since 2017 at that point and wanted to come back. Although UFC President Dana White wanted him, Johnson joined Bellator. He made his Bellator debut against Jose Augusto Azevedo in 2021 and beat him via knockout. He was originally supposed to face Yoel Romero.

However, Anthony withdrew from the Bellator Light Heavyweight Grand Prix citing health-related complications. But he never spoke about the matter publicly. In September 2021, Anthony took to Instagram to let his fans know that he was dealing with some serious illness. But, things were looking bright in May this year, as Rumble shared positive news about his health.

Unfortunately, his fight came to an end and he lost the battle to his illness. His sister, Nanyamka PJ Johnson issued a heartfelt message on her Instagram profile.

Anthony Johnson fought in the Ultimate Fighting Championship (UFC) in two separate stints. He first joined the promotion in 2007 and fought Chad Reiner in the welterweight division. Rumble’s first UFC stint lasted from 2007-2012. In the 11 fights, he had a record of 7-4. However, he was released from the promotion in 2012 after losing to Vitor Belfort.

But his release was not a direct result of his loss. Rumble did not manage to make weight on three separate occasions during his first run. He missed weight at welterweight 2 times and also missed weight on his middleweight debut against Vitor by a whopping 13lbs! So the promotion decided to part ways with the fighter. However, he discovered his form at 205lbs and went on a winning run of 4 fights.

He won all 4 of his light heavyweight bouts via KO. It made the UFC re-sign him in 2014. Upon joining the company a second time, he had 8 fights and won 6 of them. His only two losses were against Daniel Cormier at UFC 187 and UFC 210 respectively. On both occasions, the bout was for the light heavyweight title. Rumble ultimately finished his career with a record of 23-6.

After his death, UFC President Dana White issued a statement.

“He was always a great kid, he was always in fun fights and he had that one-punch KO power that not many people ever had. He was a good human being. I send my condolences to his family.”

What are your thoughts on the untimely passing of Anthony Johnson? What is your favorite memory of him? Let us know in the comments down below.