UFC vs Bellator has picked up the heat with yet another Bellator fighter calling out UFC lightweight contender Dan Hooker. Earlier today, Bellator lightweight contender and elder brother of Bellator dual champion Patricio Freire, Patricky Freire called out lightweight fighter Dan Hooker. Patricky Freire followed in the footsteps of his brother, who recently called out Alexander Volkanovski for a cross-promotional fight to determine the greatest featherweight of all time. Alexander Volkanovski successfully defended his featherweight gold against Max Holloway at UFC 251. Patricio Freire is a two-division Champion with notable victories over Michael Chandler.

It was surprising to see Patricky Freire call out Dan Hooker. Reacting to Patricio Freire’s post where he called out Dana White and Alexander Volkanovski for a potential match-up, Patricky tweeted, “I’ll put UFC, Dan Hooker in the hospital bed right beside Alexander Volkanoski. Anyway, Dan, it’s nice to see the pride of Australia…Crocodile Duck-me.” The Pitbull brothers have not both called out fighters from the UFC for a potential cross-promotional fight between best fighters from both organizations. Patricky Freire is a former Bellator lightweight contender, wit notable victories over Benson Henderson and Josh Thomson.

Also Read I Stipe Miocic States He Wants to Box Next 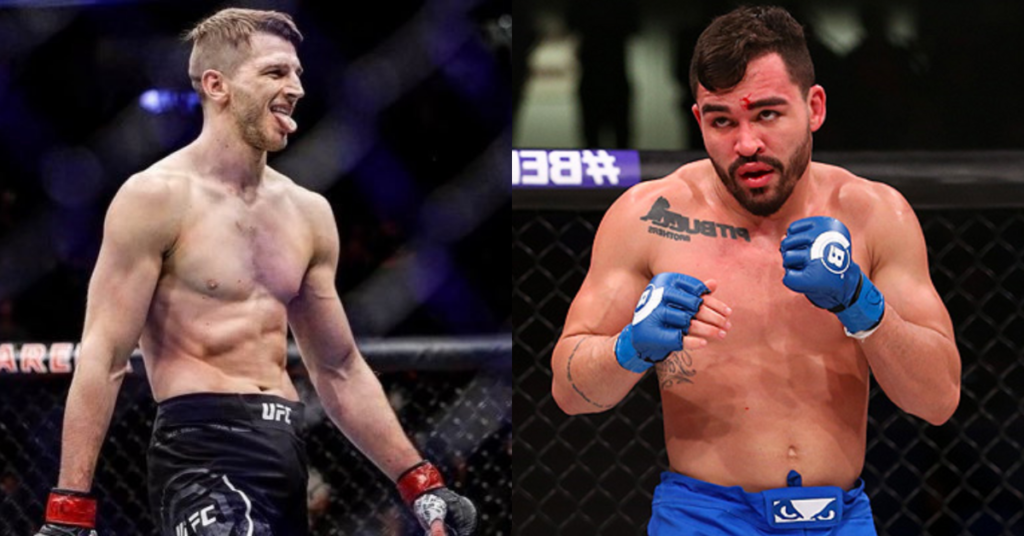 Hooker isn’t the one to keep quiet. He took to twitter and sent a scathing reply to the Bellator lightweight contender Patricky Freire. Dan Hooker is coming off a Fight of the Year outing against Dustin Poirier. He put up an incredible performance against the former Interim Champion, however, he lost the fight via unanimous decision. In the process, Hooker earned the respect of fight fans around the world and has remained a top contender at the lightweight division.

What are the rules for our fight? Are you going to stand on a chair or do I fight from my knees? 👨‍👦 https://t.co/RHsRK8KLTS

Dan Hooker took to twitter and captioned, “What are the rules of our fight? Are you going to stand on a chair or do I fight from my knees?” It could be while before Hooker makes his UFC return. It’s an interesting match-up between two of the best fighters in the lightweight division.