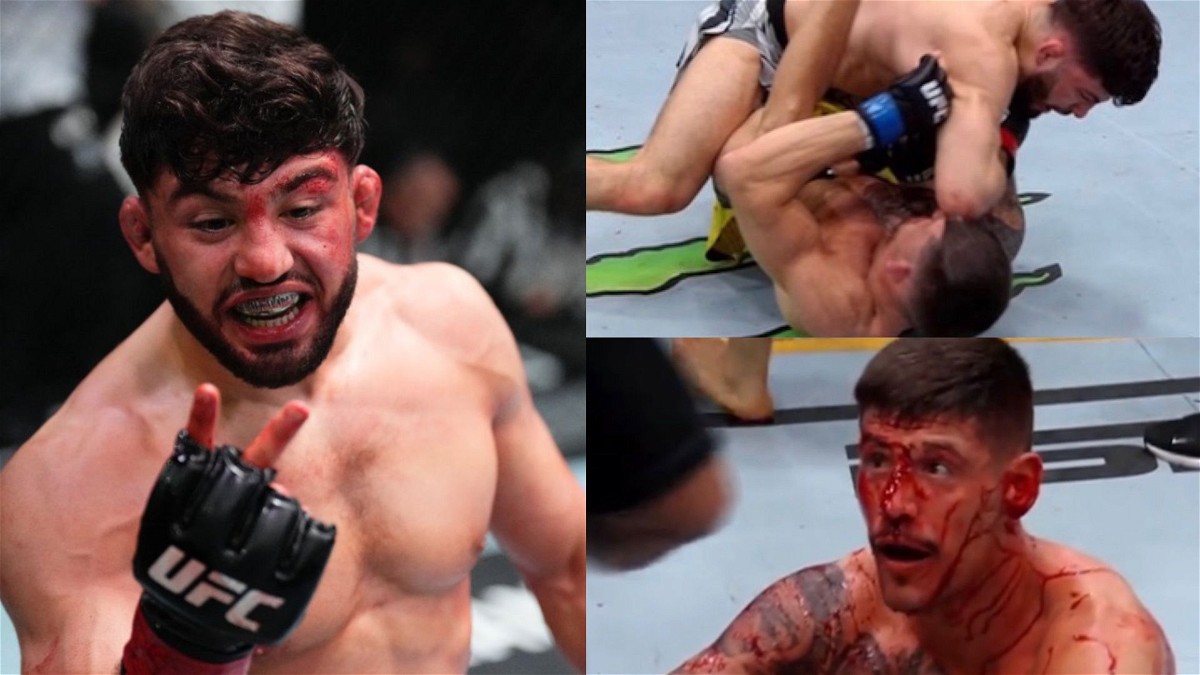 Arman Tsarukyan once again proved why he might be a future problem to the entire lightweight division with yet another dominant victory inside the Octagon. Tsarukyan stopped a formidable Joe Alvarez in the main-card of UFC Vegas 49 which saw Islam Makhachev and Bobby Green in the headliner.

The 25-year old fighter has emerged as one of the brightest prospects in the game, and with his fifth straight win inside the cage, he only seems to solidify his position. “I can do everything. Wrestling, striking, and Jiu-Jitsu. It was my game-plan, make him tired, choke him, and TKO. And I did it.” Tsarukyan said in the post-fight Octagon interview.

Going into the fight, Joel Alvarez had a lot of hype behind his name. Riding on a four-fight win streak, with an incredible stoppage win over Thiago Moises, Alvarez might not have imagined the dominant beating he suffered at the hands of the Armenian-Russian fighter. Needless to say, wrestling prevailed over BJJ once again, as Tsarukyan gave absolutely no chance to Joel Alvarez to execute his gameplan, dominating him for the better part of the entire fight.

Arman Tsarukyan calls out Islam Makhachev for a showdown in Russia

Arman Tsarukyan and Islam Makhachev shared the UFC Octagon in April of 2019 in what was a Fight of the Night performance from both the fighters. While Tsarukyan lost, it won’t be wrong to say that he gave one of the toughest challenges to Islam Makhachev, who has looked absolutely dominant in the UFC’s lightweight division.

Tsarukyan is 19-2 in his mixed martial arts career and is looking to fight a top-10 contender next. It’s needless to say, if Tsarukyan continues with performances like these, in no time we could see him share the Octagon against the absolute best of the lightweight division.

Robbery? Was Jack Catterall Robbed Off a Decision Win Against Josh Taylor for the Undisputed Light-Welterweight Title