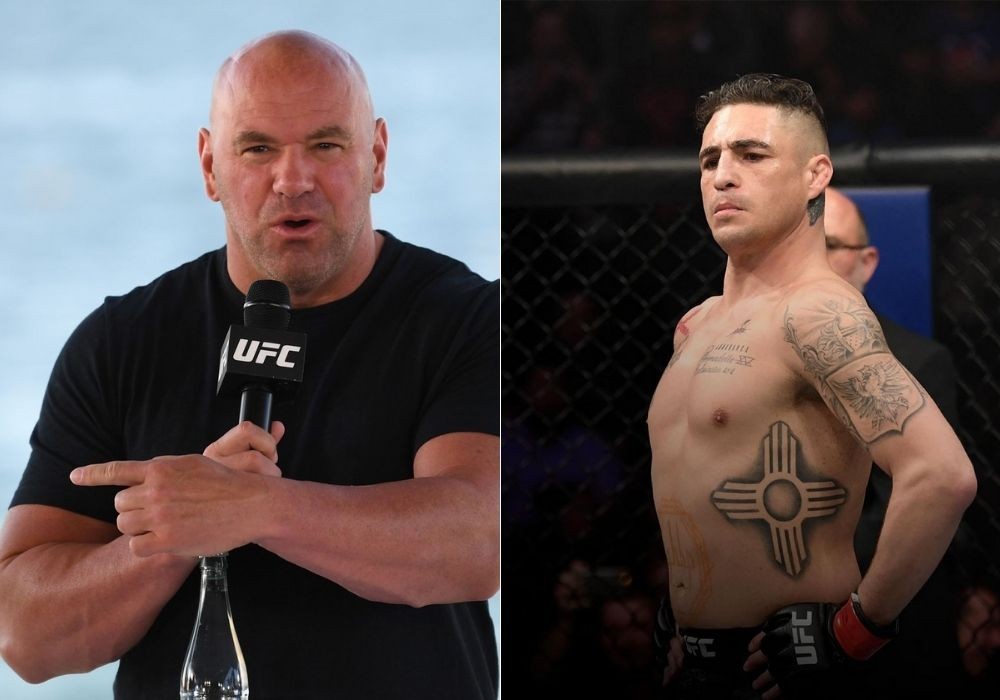 One of the legends of the sport we know as MMA, Diego Sanchez was recently released from UFC in a controversial fashion. A lot has been said about Diego Sanchez and his coach Joshua Fabia in the MMA community since the release.

Most of the fans blame Joshua Fabia for the fall of Diego Sanchez in the later part of his career. And the worst part is after years of service to UFC, Sanchez did not get the farewell he most certainly deserves.

In a recent interview with Yahoo Sports, Dana White reacted to Joshua Fabia making disrespectful remarks about Diego Sanchez after their split. White also supported Sanchez and told him he will always be willing to help him. Dana White praised Sanchez for his accomplishments in UFC and stated:

“I don’t care what that guy(Fabia) says. If Diego needs me just like for last how many many years. Diego has never been that needy guy. I did see where he came out and said I have been trying to talk to Dana. Diego Sanchez can pick up the phone and call me any of those tough kids. I had a falling out a few years ago with Josh Koscheck. if Josh Koscheck picks up the phone and calls me I will talk to Josh Koscheck. If any of those kids need me all they got to do is call me. Diego Sanchez, this will always be his house. He will always be a part of the history of the company. And as long as I am here he will always be respected for what he has done for UFC and The Ultimate Fighter.”

The fact that Dana White is willing to help out the fighters from TUF 1 in every way possible will certainly warm the hearts of MMA fans. However, White is still reluctant to give one more fight to Sanchez.

Dana White is aware that Sanchez might fight again in another promotion. But, it’s very unlikely that we will ever see Sanchez fight in UFC despite his split with Joshua Fabia.