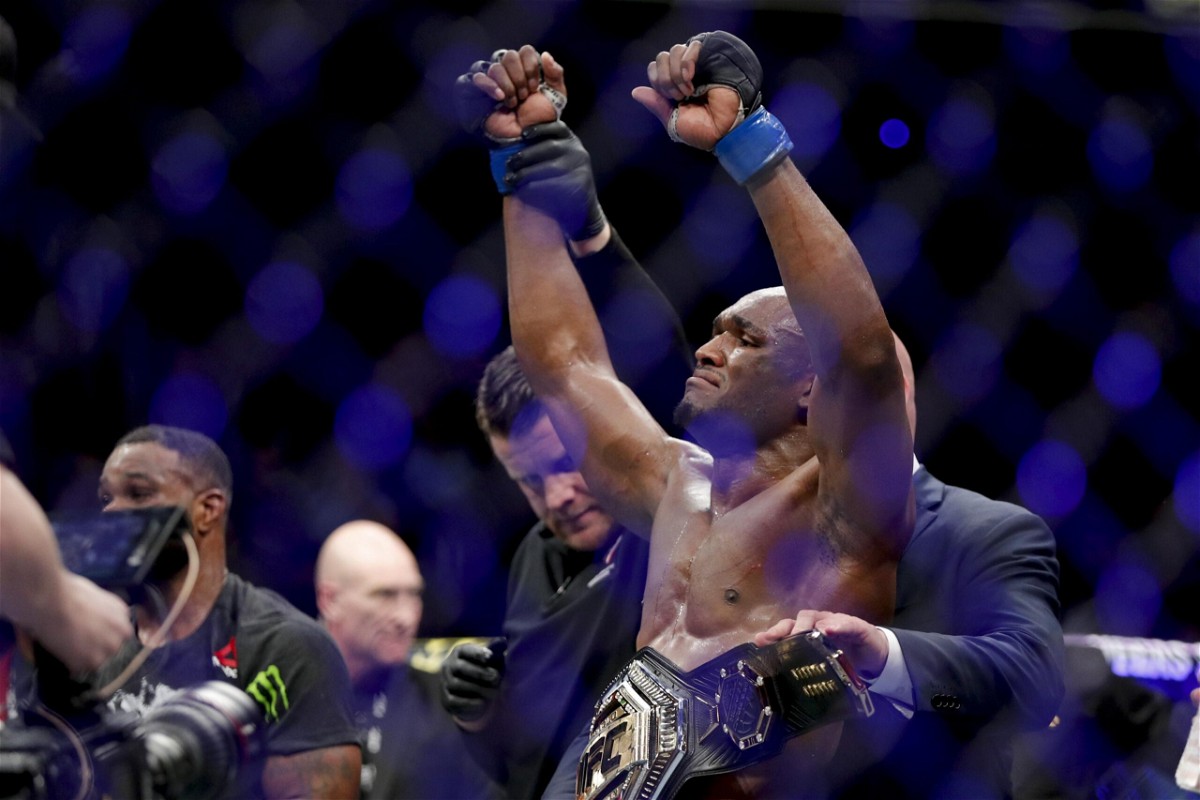 In a recent interview, Kamaru Usman talked about many things including his thoughts on Khamzat Chimaev’s blockbuster win against Gilbert Burns at UFC 273 to his next fight and ultimately his retirement from the sport.

Usman went on to say that he almost thought of retiring from the sport of MMA and even spoke to his manager, Ali Abdelaziz, about it.

“There was a time when I told my manager I thought about walking away from the sport. Tweeting these guys, just to try to get a fight because these did not want to fight me.”

Fortunately, ‘The Nigerian Nightmare’ is still active in the sport and also garnered the title of #1 pound-for-pound best fighter in the world. He has been a force to be reckoned with inside the cage, securing victory every time against the toughest opponents.

While asked about his retirement plan, The Nigerian replied:

“It’s not in the near future.”

“ I realize that at some point you have to be realistic with knowing that there’s gonna be a time where you might have to walk away from this. So I just wanna be able to do everything I can before I make that decision”, Usman added.

Before the road for the Nigerian comes to an end, he would like to do whatever he can to earn a big paycheck against the big shots of MMA like Conor McGregor or even Canelo Alvarez, the unstoppable force and most trending name in Boxing as of now.

Kamaru Usman Opens up on his potential future opponent

Kamaru Usman shared his thoughts on Khamzat Chimaev following his win at UFC 273, and the toughest fight of his career so far. Being the most anticipated fight of this main event, The Chechen generated a ton of hype going into his battle with Gilbert Burns.

However, Chimaev passed his toughest challenge yet in Gilbert Burns after a close-fought win that saw him prove his worth beating the #2 contender. Talking about Khamzat Chimaev and his next fight against Leon Edwards, he assessed:

The UFC welterweight champ also gave some advice to ‘The Borz’.

“Khamzat coming in, he’s definitely showed. He’s doing a great job. Props to the kid. He’s done a great job with what he’s been presented and the opposition. I take nothing away from him.”

UFC president Dana White indicated the UFC 273 welterweight bout to be a title eliminator with the winner getting closer to aiming for the champion Kamaru Usman. Having beaten all the top contenders, Kamaru now awaits his title defense against Leon Edwards in his return.