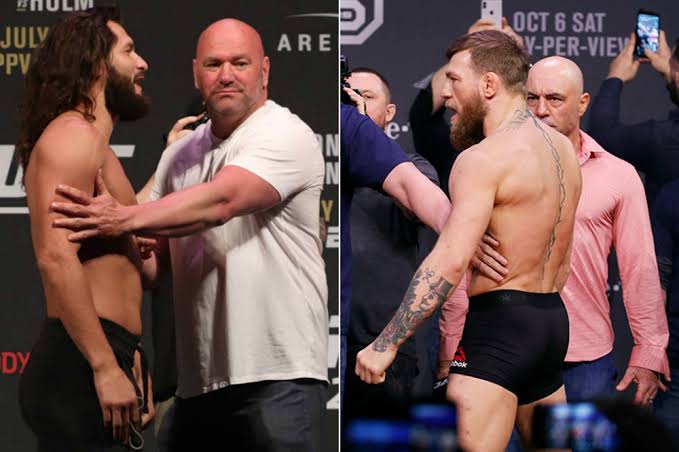 Recently, Conor McGregor and Jorge Masvidal went on a Twitter war. It all started when McGregor mocked Jorge Masvidal’s pullout from Edwards’ fight. On Masvidal’s birthday, Notorious asked: “UFC to stripe him the belt he never won” for pulling out of a fight after signing it. Masvidal, on the other hand, had a Twitter spat following that tweet. He has finally spoken about it on The MMA Hour with Ariel Helwani. 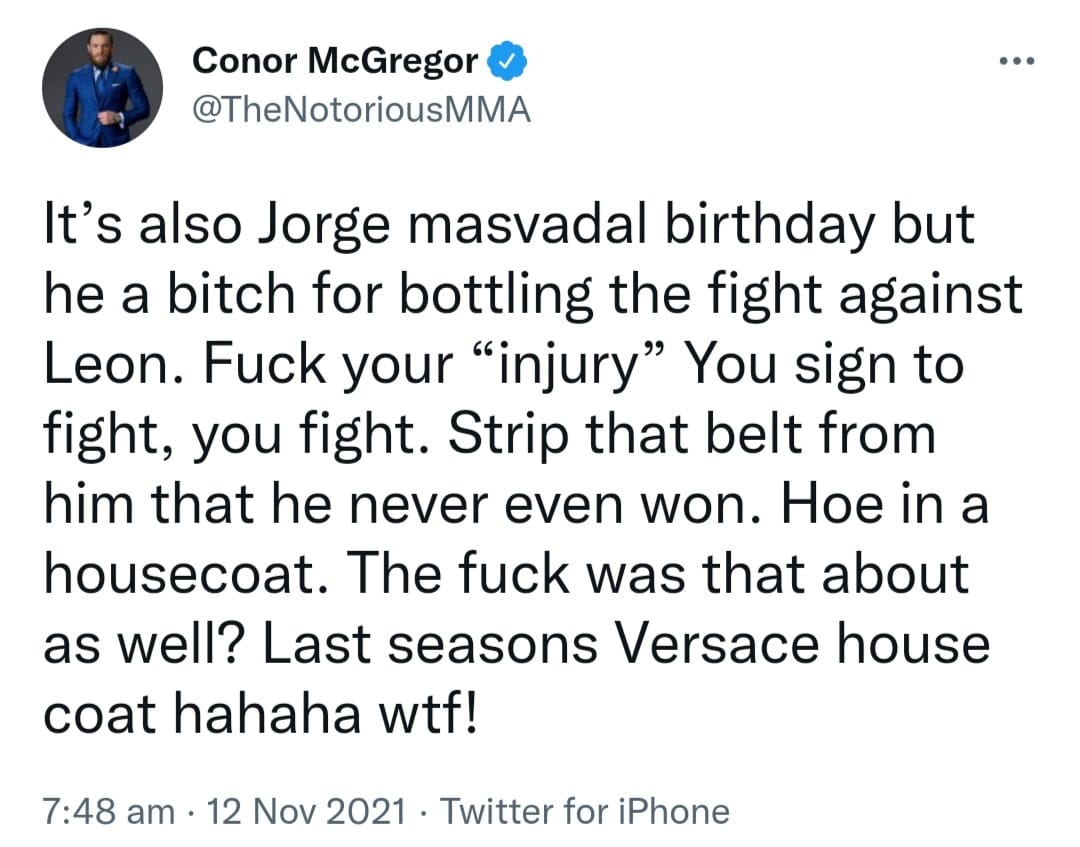 When asked about the same, Jorge responded by saying:

“I think he’s a bitter old man, just staring at the TV all day. It sucks for him that he’s broken. He’s gotten broken so many times that he can’t put himself back together, as far as fighting goes. Go have a regular life bro, be a celebrity”

Masvidal feels that McGregor will end up snorting himself to death. He also asked him to go to rehab and treat people with respect. Or else, he is ready to teach him how to respect him.

“This guy is going to end up snorting himself to death or something. I’m not worried about him, I’m just trying to get big checks and fight. You go to rehab mot***** and treat older people the right way. If not, when they sign us to fight, I’ll teach you some respect” added Masvidal.

Jorge Masvidal was ready to take the Leon Edwards fight in February or March 2022:

Masvidal explained that it was his injury that forced him out of the fight. He even revealed that he was ready to fight Leon if the UFC rescheduled it. According to Masvidal, he would be fit to fight Leon if the bout was scheduled in February or March. But, it is certainly not fair for Leon since he is aiming for the title shot in the near future. 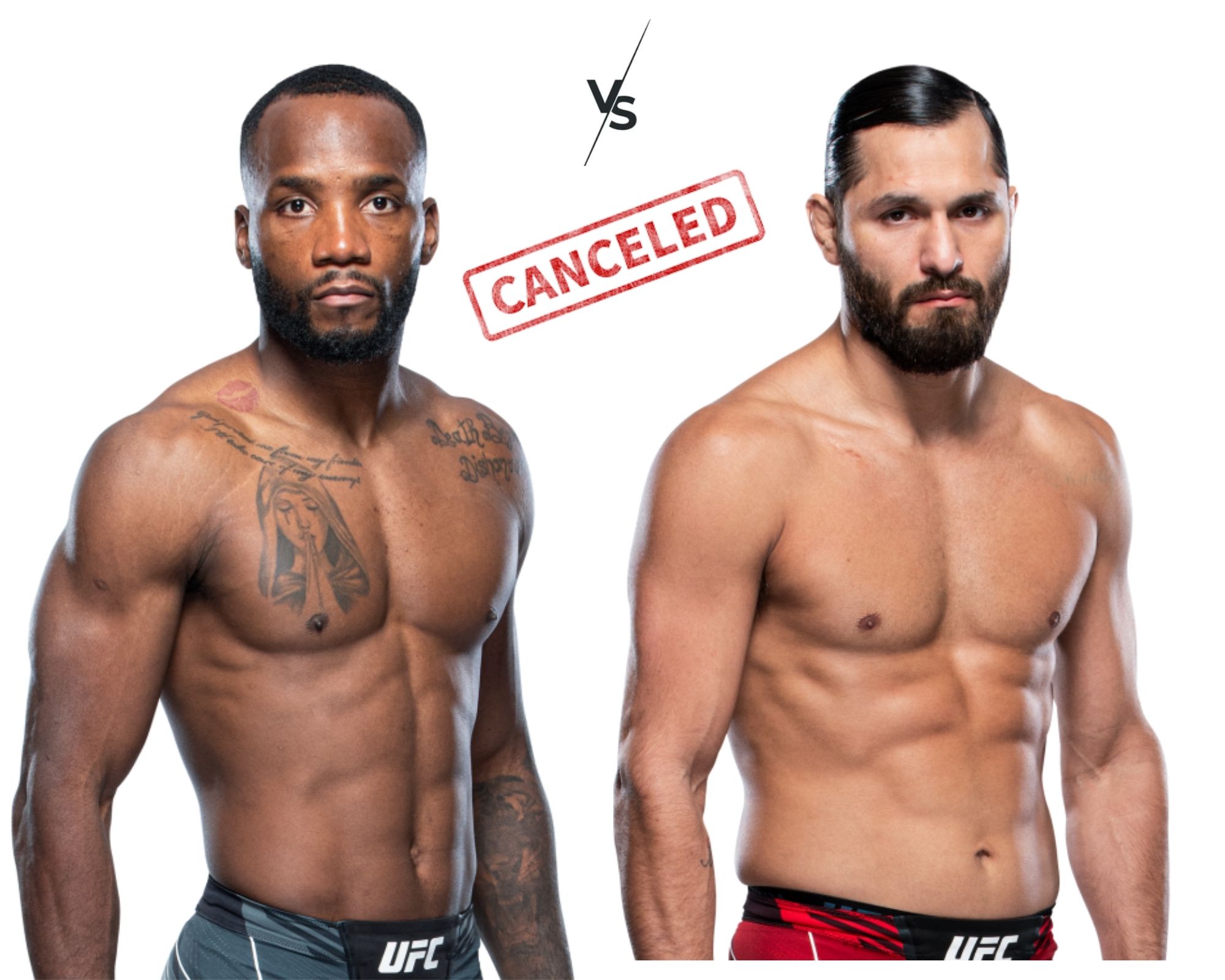 Further explaining the situation, Masvidal said that Edwards is mad because he didn’t receive the biggest paycheck of his career, so he is bitter. Jorge also believes that if the fight is rescheduled, it might even create more hype, resulting in a bigger paycheck for both. However, Leon has now moved on from this fight and is waiting for his title shot against Kamaru Usman.