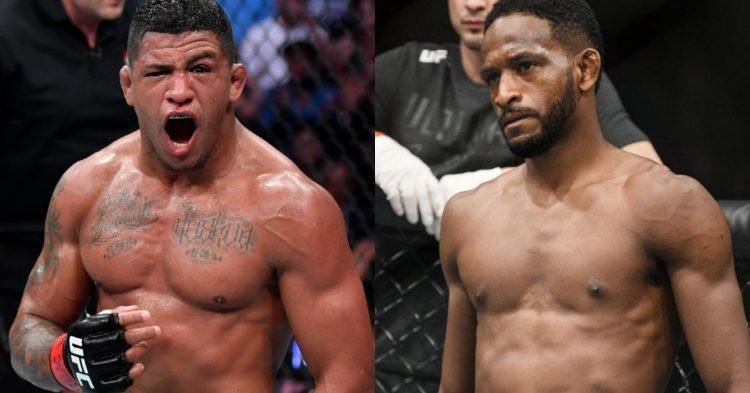 After much drama, it looks like Gilbert Burns has finally found an opponent! He will make his return to the Octagon on January 21st, 2023, against Neil Magny at UFC 283. The PPV is set to take place in Burn’s home country Brazil and the bout will be an exciting addition to an increasingly stacked card!

ESPN journalist Brett Okamoto reported on the news first. However, he noted that the contest is not official just yet. But multiple sources are confirming that the agreements are extremely close to being signed. It will be Gilbert’s first fight since his all-out war with Khamzat Chimaev at UFC 273 in March earlier this year. Burns absorbed a lot of damage and the time off will serve him well.

Neil Magny (27-9), on the other hand, fought Daniel Rodriguez recently. After a tough 15-minute battle, Magny won the fight via decision. The Haitian Sensation occupies the 12th ranking in the welterweight division. So it is a massive opportunity for Neil to become a potential title contender as Burns is a high-ranked opponent.

Gilbert “Durinho” Burns (20-5) is the 5th-ranked welterweight. If Neil manages to beat Gilbert, he will certainly become a huge player in the division, which is currently a bit unsettled after Kamaru Usman’s loss against Leon Edwards at UFC 278.

Ahead of this, Gilbert Burns found himself as the target of two big-name fighters. One is the BMF champ Jorge Masvidal and the other is Khamzat Chimaev. The Borz wanted to fight Gilbert once more, but this time at middleweight. After missing weight at UFC 279, there are uncertainties about which division is best suited for Chimaev.

Hence, the 28-year-old wanting to fight Burns at middleweight was perhaps an indication of which way his career is heading. Other than Khamzat, Jorge Masvidal also called out the 36-year-old. Burns alleged that Masival turned down the opportunity to fight him, despite several offers. The Street Jesus then offered to fight Burns in the undercard of the eventual trilogy bout between Leon Edwards and Kamaru Usman.

However, it looks like neither the Chimaev nor the Masvidal fight is happening. But, the bout against Neil Magny is not a bad one either. Neil is much bigger than Burns in size, but the latter has significantly more power and better grappling.

So it will be a fascinating contest to watch at UFC 283, which will also feature the fourth fight between Deiveson Figueiredo and Brandon Moreno. However, there is no information if that will be the main event or not.