BREAKING: Khabib Nurmagomedov vs Justin Gaethje Under Works for UFC 253 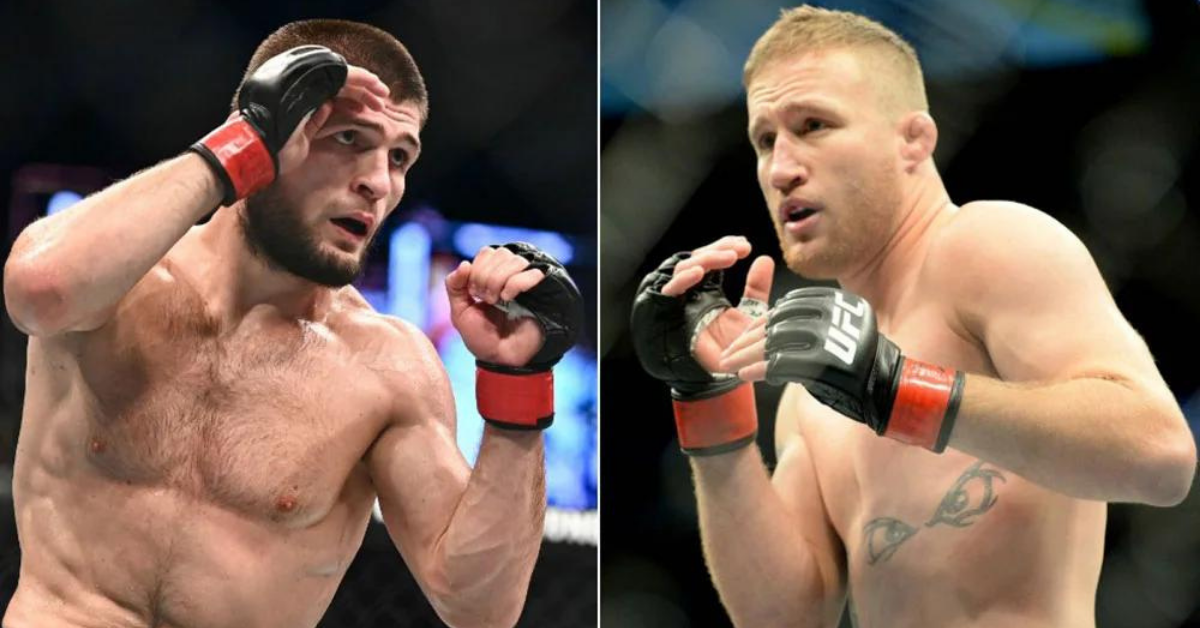 Khabib Nurmagomedov vs Justin Gaethje seems to have found a green light, and will reportedly headline UFC 253 in September. While nobody would have thought that Gaethje will fight for the title belt against Khabib Nurmagomedov after suffering back to back losses, the “Highlight” proved everyone wrong when he secured a TKO victory against Tony Ferguson at UFC 249. In the process he became the interim lightweight champion, and the next title challengerin all rights. Gaethje snapped Ferguson’s 12 fight win-streak, and earned an opportunity to face the lightweight GOAT Khabib Nurmagomedov. Gaethje’s sudden rise to the title contention is courtesy his brilliant performance against former interim champion Tony Ferguson at UFC 249

Also Read: I couldn’t believe he didn’t go to sleep with that” – Justin Gaethje recounts the hammer shots against Tony Ferguson

If rumors are to be believed, UFC is in-talks for Khabib vs Gaethje for UFC 253.

Its been long debated that Justin Gaethje can beat Khabib Nurmagomedov. Gaethje is quick with his hands, and is well known for his knockout power. However, what sets him apart from Khabib’s other opponents is Gaethje’s wrestling pedigree. Gaethje is a brilliant wrestler, and has his collegiate wrestling credentials to prove it. Khabib is known to dominate his opponents through his impeccable grappling, and has dominated each of his opponent. However, Gaethje wrestling credentials gives him an edge over his other opponents. If he can evade Khabib’s takedown, and keep the fight on the feet, Gaethje has a significant advantage in the fight. Despite this, it won’t be that easy to beat Khabib. The Dagestani’s stand-up game is largely underpalyed by his opponents largely because of his near perfect ground game. Khabib was able to get past Conor McGregor, even knocking down the former dual champion on one occasion.

It will be an interesting fight nonetheless, two brilliant wrestlers, and brilliant strikers will take on each other to become the undisputed lightweight champion. Gaethje will look to not get caught in Khabib’s impeccable ground game, while Khabib will likely stay away from Gaethje’s knock-out reach.

Going by the UFC’s current schedule, it’s likely that the bout will take place on Fight Island.