Breaking: Michael Chandler On Stand By For Khabib Nurmagomedov vs Justin Gaethje at UFC 254 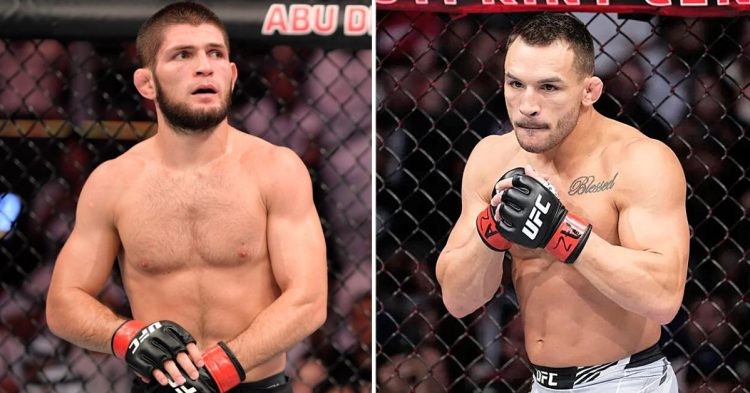 Chandler will serve as a backup fighter for the #UFC254 main event between Khabib Nurmagomedov and Justin Gaethje. pic.twitter.com/7zs1dRwMK1

So @danawhite just announced the @UFC has signed @MikeChandlerMMA to serve as a backup for Khabib Nurmagomedov vs. Justin Gaethje at #UFC254 wow 🤩 great news @MmaSanford @henrihooft @CoachGJones @DrCPeacock

UFC Welterweight title contender reacted to Michael Chandler’s signing and couldn’t believe at the company’s decision to keep Chandler as a replacement. After Tony Ferguson missed out on the title opportunity after Khabib Nurmagomedov was not eligible to compete due to travel restrictions in light of the pandemic, Ferguson took on Justin Gaethje in a short-notice fight.

It makes more sense for the UFC to keep Tony Ferguson as a backup. Be that as it may, UFC has not only signed Michael Chandler but in an unfortunate scenario where Khabib vs Gaethje cannot take place, we could see Michael Chandler fight for the UFC Lightweight Championship next.

So @BellatorMMA fighters aren't good, but a former champion whom I beat gets signed by the @UFC and is an immediate backup for a title fight. Interesting.

“I Made a Mistake” – Roy Jones Jr. Vary of “Explosive” Mike Tyson Ahead of Historic Bout

BREAKING: Dana White Confirms Conor McGregor “Should Be Back Next Year”