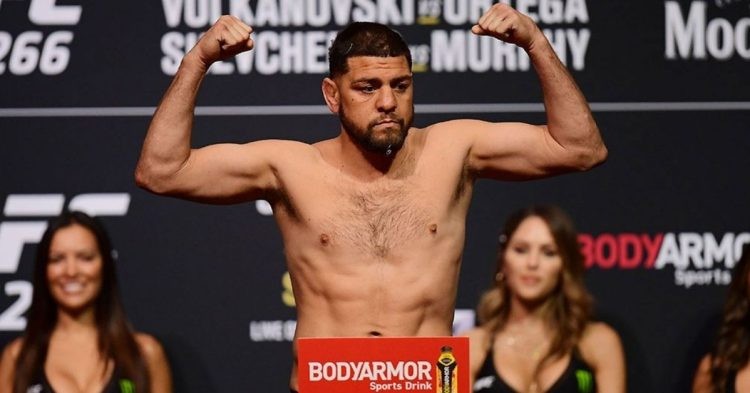 Nick Diaz was the name of the game during his prime years with the Strikeforce promotions and later to the Ultimate Fighting Championship. Diaz’s rivalry during his early years in MMA with the likes of Robbie Lawler and Diego Sanchez, to his one round war with Paul Daley. Nick Diaz made a name for himself without the UFC under his name and later went on to challenge the most prominent names to ever hail the UFC octagon in the form of BJ Penn, Anderson Silva, and Georges St-Pierre. After almost 6 years away from the octagon, Diaz could be looking at making a return to the octagon.

… he is keeping a close eye on the big welterweight fights coming up. He is “100%” planning on fighting again, per Mubenga, and is targeting an early 2021 return. (📽 @elfrogito)

According to ESPN journalist Ariel Helwani, Diaz cut weight for the first time as a test run signaling a return to the octagon. In the tweet posted, Helwani captioned, “This is Nick Diaz earlier today. He weighs in the 175-165 pound range, per his manager Kevin Mubenga. He just completed a 14-week diet and training regimen. This is the first time he cuts weight in approximately four years, Mubenga said. Diaz wanted to do a test cut because” Helwani continued, “He is keeping a close eye on the big welterweight fights coming up. He is “100%” planning on fighting again, per Mubenga, and is targeting an early 2021 return.” 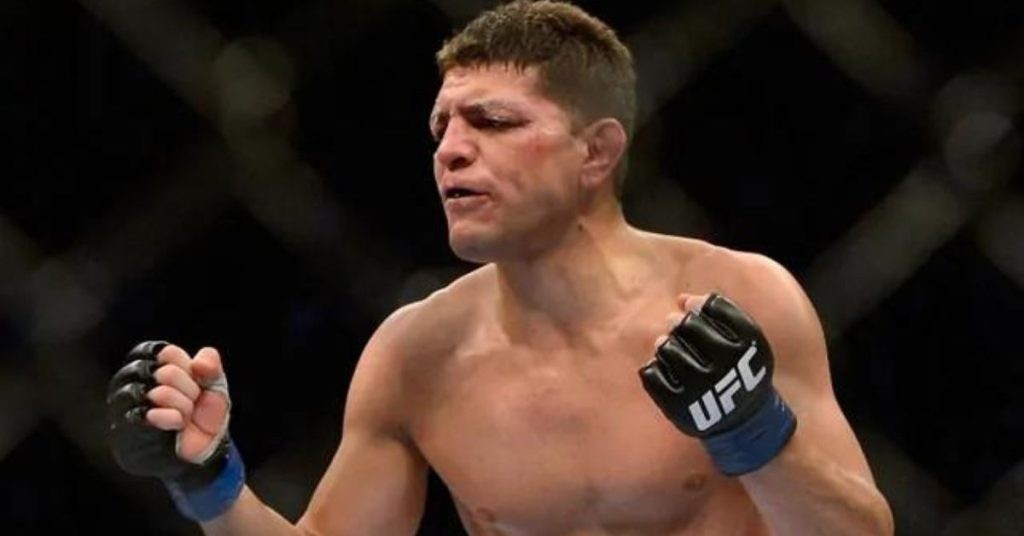 Nick Diaz’s return to the octagon is probably the most anticipated UFC return fight fans have been waiting for years. Nick Diaz fell prey to a marijuana ban that ousted from the octagon for five years. While his sentence was later reduced, it never looked like Nick Diaz wanted to return to the octagon. However, looking at the recent footage, it does look like we could see Diaz inside the octagon very soon.

According to the reports, Diaz is targeting an early 2021 return with his eyes set on the UFC Welterweight title. With Kamaru Usman and Gilbert Burns set to locks horns for the 170 gold in December, it will be interesting to see where Diaz will fit in the current conundrum of who should get the title opportunity next if he makes his UFC return.

There many exciting match-ups if Diaz decides to make his UFC return, with a super fight against Jorge Masvidal on the cards. Any fight involving Nick Diaz is a big money fight, and considering he is returning to the octagon after half a decade, it’s certain to take the PPV number by storm. Only time will tell if Nick Diaz will make a return to the octagon. Meanwhile, Nick Diaz’s younger brother Nate Diaz is expected to take on Jorge Masvidal in a rematch for the symbolic BMF belt.

Stephen Thompson Issues a Massive Call Out to Nick Diaz