TJ Dillashaw has finally announced his much-anticipated return to the octagon after a brutal TKO loss against Henry Cejudo for the UFC Flyweight Championship. The former Bantamweight Champion was stripped of his title after he tested positive for the performance-enhancing drug, recombinant human erythropoietin (EPO), and was subsequently banned for two years.

In a recent post on Instagram, TJ Dillashaw teased his UFC return and expressed his desire to hold the UFC gold once again. Dillashaw captioned, “My return will be here soon and ready to reclaim what’s mine!” 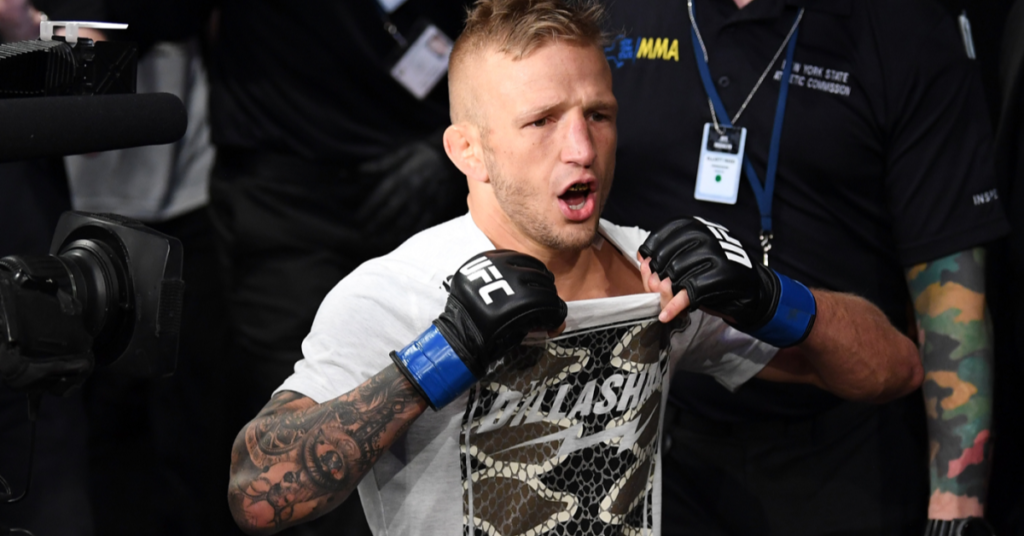 TJ Dillashaw’s return to the Bantamweight division has definitely added more spice to the division. Another interesting thing to note is Cody Garbrandt’s return and if both the fighters can earn quick victories, we could well be in for a trilogy fight between both the fighters.

TJ Dillashaw is a former Bantamweight Champion, and will likely take on a top-ranked opponent in his return fight. Dillashaw could find himself in the title picture with a couple of victories and could look to cement his position once again. Dillashaw’s return to the division is exciting and opens the door for interesting match-ups at the division.

With Frankie Edgar and Jose Aldo dropping down to the bantamweight division, there are a lot of incredible match-ups for TJ Dillashaw when he makes his return. It will be exciting to see Dillashaw climb back to the gold coming after a two-year hiatus to the octagon.